U.S. Customs and Border Protection has its earliest roots in the founding of the U.S. Customs Service over 230 years ago, and “Georgia’s Port City” has played an important part in that history. 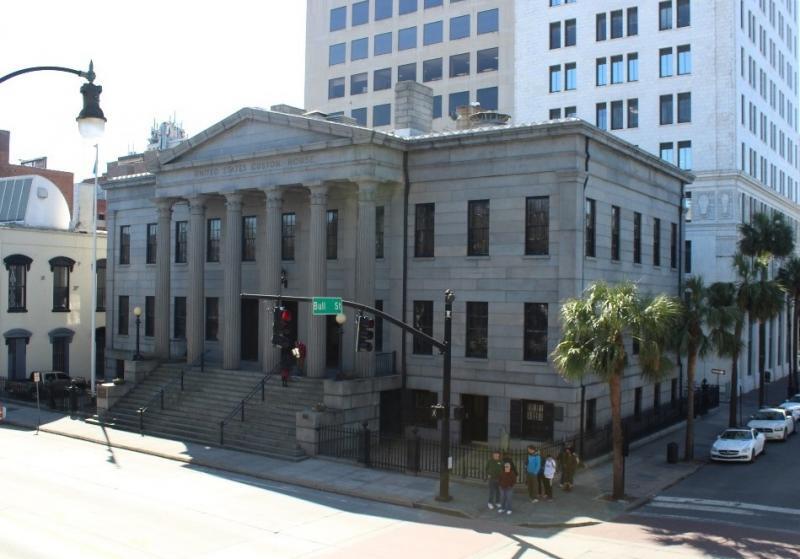 n July 31, 1789 the Fifth Act of the First United States Congress created the U.S. Customs Service, to regulate the collection of duties on ship’s tonnage and merchandise at our first ports of entry. U.S. Customs and Border Protection has its earliest roots in the founding of the U.S. Customs Service over 230 years ago, and “Georgia’s Port City” has played an important part in that history.

In 1733, General James Oglethorpe and 114 followers made their way up the Savannah River on the ship Anne, to establish the city of Savannah and the colony of Georgia.  One of the primary missions of the new colony was to increase trade and the new town was ideally situated to meet this need.

“This year we celebrate the 230th anniversary of the United States Customs Service, the oldest legacy agency of the U.S. Customs and Border Protection (CBP). Savannah should be proud of the influence the city has had on the traditions and history of the CBP,” said Chris Kennally, Area Port Director Savannah.  “The men and women of CBP are part of history in the making, and we understand CBP’s vital impact on our nation’s growth, its economic stability and its national security. CBP will continue to preserve our history, protect our community, and be a critical part of our nation’s future.”

Following the Revolutionary War, Savannah opened its first U.S. Custom House in 1789, shortly after the formation of the U.S. Customs Service. This building was located on East Bay Street in an area known as Commerce Row. Just a few short years later, in 1793, Eli Whitney invented the cotton gin at Mulberry Grove. In the coming years, cotton would become Savannah’s dominant export crop increasing from 1000 bales of cotton in 1790 to over ninety thousand bales a year by 1820. In response to the rapid growth of commerce in Savannah, a second Custom House was constructed in 1819. Tragically, it was destroyed by fire in 1837.

In 1845, the federal government purchased the site of the current Custom House at East Bay and Bull Streets. This site had significant histrionic importance to Savannah, as it was original site of a wood-frame residence used by James Edward Oglethorpe, the architect of Savannah’s city plan. The cornerstone of the new Customs House was laid on July 20, 1848 and the building was completed in 1852. In addition to the Customs Service, the new building also housed the Post Office, and federal courts.

In response to the tragic events of September 11, 2001, the U.S. Customs Service transitioned into the nation’s first comprehensive border security agency, U.S. Customs and Border Protection. Since the formation of CBP in 2003, the legacy of the Customs Service has remained an integral part of our heritage and a significant presence in the continuation of our mission.

Savannah has changed a lot since its humble beginnings as a small trading community, as has CBP. Savannah has grown into one of the nation’s largest and fastest growing ports and CBP Officers, Agricultural Specialists and Import Specialists continue to play an integral part of protecting the port and our Nation.

While CBP continues to play a vital role in our Nation’s economic security by collecting tariffs and duty, our mission has expanded to include anti-terrorism, counter narcotics, consumer safety and other roles and responsibilities while continuing to facilitate lawful international travel and trade. The legacy of CBP has been influenced by the community of Savannah for 230 years and the relationship will likely interconnect for many years to come.