Candidates and elected officials alike from all across Georgia released varying statements on President Trump’s nomination of Judge Amy Coney Barrett to the U.S. Supreme Court 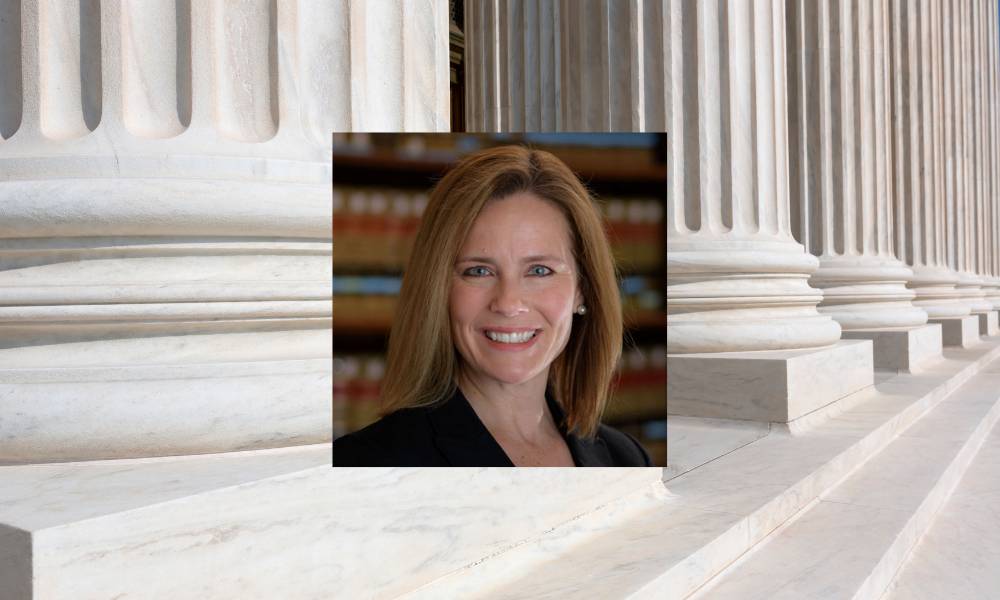 Candidates and elected officials alike from all across Georgia released varying statements on President Trump’s nomination of Judge Amy Coney Barrett to the U.S. Supreme Court:

“It’s time for a conservative, pro-life Justice who will protect the lives of unborn children. 30+ million babies have been murdered since RBG was confirmed to SCOTUS since 1993. We need the Senate to confirm Amy Coney Barrett!”

“As the first U.S. Senator to call for a vote before the election, I am so proud to support Amy Coney Barrett as President Trump’s nominee for associate justice of the U.S. Supreme Court. With her background as a former clerk to the late Justice Scalia and an originalist, Judge Barrett will protect individual liberties including the right to life, the Second amendment and religious liberties by ensuring the Constitution, and our laws, are applied as written.
“While she brings a tremendous record of upholding the Constitution, personal integrity and sterling qualifications, we know that the worst elements of the Left will come after Judge Barrett with everything they have. But as someone who has stood up to the radical Left’s cancel culture and won, my advice for a fellow strong conservative woman is this: Keep going, keep pushing, keep fighting and keep winning.
“Our Constitution, the right to life and the future of our country are all worth fighting for. My Republican colleagues and I will have your back, and we will confirm you as the next female United States Supreme Court associate justice.”

“Georgians want a Supreme Court that applies the law, not makes the law. Judge Amy Coney Barrett is an outstanding choice to serve on our nation’s highest court. Throughout her impressive legal career, Judge Barrett has been an ardent defender of the Constitution and steadfast supporter of the rule of law. Having clerked for Justice Antonin Scalia, Judge Barrett understands the importance of protecting our nation’s founding principles. The Senate will now move with due haste to consider Judge Barrett’s nomination. This is about more than one seat. This is about saving our Republic by maintaining the balance of power between our three branches of government.”

Within minutes of Amy Coney Barrett’s nomination, my opponent, GOP Senator David Perdue, endorsed her for the Supreme Court.

In 2016, Senator Perdue was adamant that no Supreme Court confirmation should proceed in a presidential election year. He said it was a matter of principle! Now, with 38 days until the Election — and voting already underway — he didn’t even think the nominee needed to answer questions under oath before he announced his support. So much for David Perdue’s principles. This is why the Senate is so important.

Here are some questions of VITAL CONCERN regarding this nominee that need answering:

My opponent doesn’t care. He’s not asking these questions. He’s already made up his mind. Because, for him, it’s all about party loyalty — no matter the consequences for his own constituents.

The Senate must put the law and its Constitutional obligations ahead of partisanship.

In the Senate, I’ll support the thorough, deliberative, and full vetting of any Supreme Court nominee — no matter whether a President from my own party nominates them — because that’s the obligation of a United States Senator.

“With health care on the line, now is no time to rush through a lifetime appointment to the Supreme Court. We should hold Mitch McConnell tot he same standard he set in 2016 and wait until after the election. Anything else is blatant hypocrisy.”

“Congrats to Amy Coney Barrett. She will be a great SCOTUS justice and serve as an inspiration for girls across our nation!”

“If Trump succeeds in appointing Judge Amy Coney Barrett to the Supreme Court, health care for millions of Americans and 1.8 million Georgians with pre-existing conditions could be at stake. We must vote like our lives depend on it because they do.”