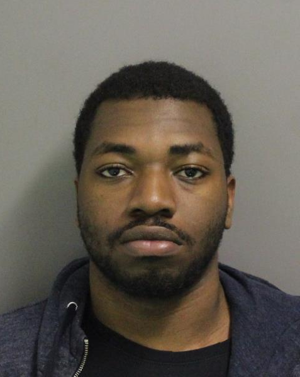 Javonte J. Johnson, age 22, of Decatur, Georgia, pled guilty last week to creating counterfeit checks and then cashing them at banks in Saratoga and Warren Counties.

Johnson pled guilty to one count of conspiring to commit bank fraud and one count of aggravated identity theft.

Johnson admitted that he and co-conspirators, including Alphonso L. Howard, Jr., defrauded financial institutions by intercepting and stealing checks sent through the U.S. Mail; using information from these legitimate checks to create counterfeit checks drawn on the same financial accounts as the stolen, legitimate checks; and then cashing and attempting to cash the counterfeit checks at financial institutions in Saratoga and Warren Counties.  Johnson agreed that he caused $164,077.70 in losses.

Johnson, who has been in custody since New York State Police arrested him on September 26, 2018, will be sentenced on October 29, 2019.  He faces at least 2 years and up to 30 years in prison, a maximum $1 million fine, and up to 5 years of post-release supervision.  A defendant’s sentence is imposed by a judge based on the particular statute the defendant is charged with violating, the U.S. Sentencing Guidelines and other factors.

On April 9, 2019, Howard, age 28, of Decatur, Georgia, pled guilty to one count of conspiring to commit bank fraud and one count of aggravated identity theft.  He is scheduled to be sentenced on August 13, 2019.