THe woman miraculously survived despite a number of stab wounds around her neck. 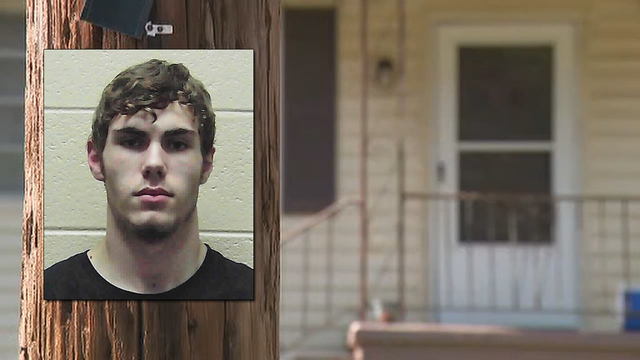 A teenager is behind bars and police in one Georgia city have charged him with stabbing his mother 11 times. The woman is miraculously still alive.

Bremen Police arrested 17-year-old Peyton Kade Cook Jr. Wednesday after an argument with his mom, Tammy Lee Watson. The altercation occurred at the home and led to Cook attacking his mother with a kitchen knife while she was laying down.

Bremen Chief Keith Pesnell told Fox 5 Atlanta, “He apparently stabbed her while she was in bed, from what we understand around 11 times, wounds all over her body, more toward the neck. I understand she received a lot of fractured bones in her face.”

Two children, ages 12 and 10, were also inside the house when the incident occurred.

“It was a violent scene and I am sure they were very aware of what was going on,” Chief Pesnell said in his interview.

Cook has been charged with two counts of cruelty to children, aggravated assault and aggravated battery under the family violence act.

Medics rushed Ms. Watson via emergency helicopter to Wellstar Atlanta Medical Center where at last word, she was in critical condition.

Deputies & First Responders Sickened During Drug Search
Georgia man gets 160 years in prison in IN for impregnating 10-year-old
Posting....