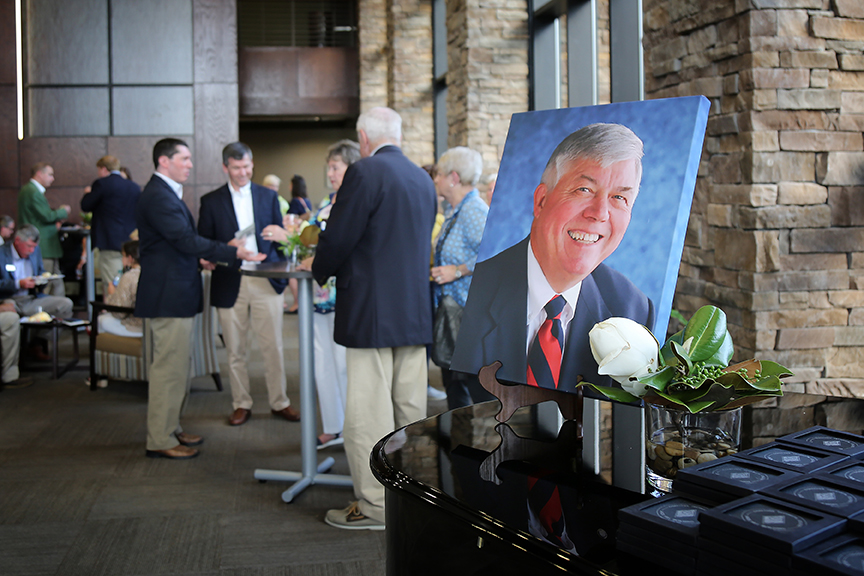 The dedication was viewed by a large gathering of students, faculty, staff, alumni, friends and family.

The ceremony began with a welcome from Matt Sawhill, the Ogeechee Technical College Foundation President followed by an invocation from OTC’s Local Board of Directors Chair, Fred Hill. Both speakers shared heartfelt sentiments about the incredible impact Senator Hill made on both Ogeechee Tech and the community at large over his three decades of public service.

Ogeechee Tech President Lori Durden greeted the crowd and spoke of the wonderful relationship that Senator Hill had with the college.

“We gather together to honor a man who left an indelible mark on our region as a faithful and unapologetic supporter of higher education in this district,” said Durden. “While his footprint and influence extend far beyond the boundaries of this college, what he did for Ogeechee Tech can only be described as transformative. We feel that honoring the late Senator Hill with the naming rights of this particular building is congruent with his legacy. It simply represents many of the things Jack held dear.”

“Senator Hill was a remarkable servant leader in our state whose passion for higher education was felt by everyone who knew him,” said Dozier. “We owe a tremendous amount of gratitude to Senator Hill for his leadership in the General Assembly and for providing Ogeechee Technical College the support to transform more lives in the region through postsecondary education. The renaming of the Natural Resources Building will honor the legacy of one of Georgia’s most respected statesman.” 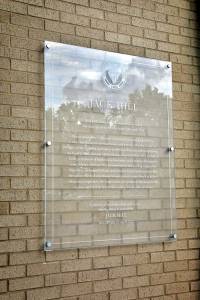 Among his many other contributions, Senator Hill garnered funding for many of the buildings on Ogeechee Tech’s main campus including the Natural Resources Building, Health Science South, Health Science North, and the Industrial Technology Building, as well as the Evans Technical Education Complex in Hagan, GA. These buildings, as well as other projects, represent an investment of over $50 million that can attributed to the vision of the late Senator Hill.