Mother Says Dept. of Juvenile Justice is Blocking Treatment for Her Son

A Georgia mother is fighting the Georgia Department of Juvenile Justice over mental health treatment the state agency says her son needs, but won’t continue to provide. 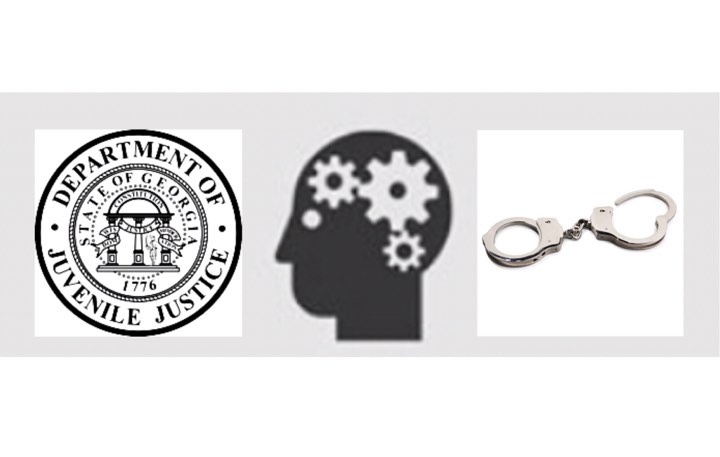 A Bulloch County mother is fighting the Georgia Department of Juvenile Justice over mental health treatment the state agency says her son needs, but won’t continue to provide.

Candace has been battling severe mental health and behavioral issues with her 14-year-old son since he was in kindergarten, including major depressive disorder, ADHD, oppositional defiant disorder and disruptive mood dysregulation disorder. Symptoms of his diagnoses include anger, irritability, arguing, defiance or vindictiveness toward authority figures, and temper outbursts not consistent with situational factors. He was attending an alternative school in Statesboro since the family moved into Bulloch county in 2017, but has been under supervision from the state for terroristic “threats” and “assault” charges for fights with peers and staff.

Her son has spent a combined 4 months in jail at different times in the last year, completed anger management courses, and the family has received Intensive Family Intervention (IFI) services at home to try to resolve many of the problems.

Candace doesn’t refute or shrug off the magnitude of her son’s behavioral issues that have subsequently landed him in legal trouble and in the custody of the Georgia Department of Juvenile Justice (DJJ), but she says the state agency is not providing her son with a steady stream of services he needs to be treated and, worse,  is now balked at ideas of finding him a different facility to receive the treatment he requires. The mention of “wasted resources” and the reality that her child’s situation is “never going to get better” are frequent conclusions relayed to Candace by the very people who are supposed to be rehabilitating and reforming her son.

He was under DJJ supervision with sanctions and a number of behavioral modification plans in November of 2018 when Candace was forced to call law enforcement over a violent incident at their home. While they responded, deputies informed her that they cannot assist her and would have to call the Department of Juvenile Justice instead. It resulted in battery charges, simple battery charges, and 2 counts of disorderly conduct, but the incident was the final straw for DJJ as he ‘sanctioned out.’ The agency sought to place him in a mental health treatment facility but all of the initial referrals were denied. After eight weeks of house arrest, he was transferred to a facility in Cobb County in the interest of his own safety and the safety of others. The transition of custody, which puts DJJ in charge of all decision making, was sold to Candace as a supposed way to provide additional resources for her son – who is on Medicaid and receives Social Security benefits because of his status – and offer improved services for treatment, but Candace says it has been anything but.

Candace was never notified by DJJ that she could attend court on her son’s behalf while he was in treatment and it was not until early July that she appeared for an arraignment in Bulloch County Juvenile Court for the November incident that she was able to voice her concerns. Because her son was not able to be present, the appearance turned into a ‘status update hearing.’ Specifically, Candace highlighted the lack of communication between the DJJ, the public defender, and the medical providers, explaining that most of the information she receives comes from the medical provider, not the DJJ (who has custody). She also cited the seemingly uncoordinated treatment plan for her son. The judge appointed a guardian ad litem to assist the family and the case was placed on the revolving court calendar as a ‘status update’ until her son is released.

After seven months in treatment, Candace learned that no psychological evaluation had been conducted. The DJJ initially told Candace that an evaluation had been requested, but never received. As July carried on, the DJJ began pushing for the evaluation following concerns that the treatment facility had been medicating Candace’s son for months based on old information. Citing fears of repercussions down the road if psychiatrists were to diagnose him with something more severe, like bipolar disorder, Candace’s son has spent most of his time in treatment being treated at a minimal level.

Throughout the course of his stay, DJJ has been in contact with the treatment facility and with Candace’s son, but by and large, Candace has only received updates when she calls the treatment facility. The DJJ has often avoided providing updates and in one instance of a required monthly case review on her son, she was notified of a meeting with all of the involved parties only minutes before it was supposed to take place.

While in the treatment facility, Candace says her son has only regressed, having had a series of incidents where he made weapons – such as a shank out of a toothbrush – and inflicted pain on himself. He has also failed to meet any good behavior thresholds to allow him an off-campus visit with family. He has not left the facility since he was checked in 8 months ago.

If an autism diagnosis is returned, it is possible that the DJJ would no longer provide mental health services. A neurological test would provide additional information for medical providers, but DJJ has not asked the treatment center to conduct one and Candace cannot order them to do much of anything.

Despite the failure by her son to interact with others without violence and yelling, the failure by DJJ to provide promised services, against the wishes of Candace, and against the recommendation of the medical providers at the treatment facility, the DJJ is trying to expedite evaluations and a case review so that Candace can make arrangements for her son to return home. The agency says her son “no longer meets the requirements” for in-patient treatment, though not much has changed since he was placed in treatment initially.

The week her son was recommended to come home by DJJ, he had five behavioral occurrences in the facility.

Initial requests by Candace and her son’s therapist at the facility for placement in step-down facilities – which are less restrictive than complete in-patient treatment but are still monitored – were denied because her son was deemed to be ‘too aggressive.’ He is too aggressive for tier 2 facilities, but ‘does not meet requirements” for tier 3 facilities.

Worst of all, when Candace requested to place her son in a private treatment facility not funded by the DJJ, the DJJ said the agency would have to consent to the private facility because they do not want him placed outside of Bulloch County while under DJJ supervision. Bulloch County doesn’t have adequate treatment facilities for her son, which is why DJJ placed him in Cobb County at the beginning of the year. DJJ will have final say over all decisions if Candace’s son returns home to live with her.

His return home would mean that not only have his conditions not been treated, they have likely been exacerbated by the 8-month separation from his family. If and when he sanctions out again for poor behavior, he will be sent back to a mental health facility…or to jail. Candace says she worries about the impact that will have on not only her son, but her other children who live with her.

In addition to advocating for services and treatment for her son, Candace is fighting to raise awareness about how the DJJ keeps parents out of the loop about what is going on with their children while in custody, when under supervision, and the chokehold kept on decisions related to medical care — at the expense of the very children the agency is supposed to be helping.

“Doesn’t it make more sense to try to treat them while they’re young enough to be malleable instead of waiting on them to become adults when their actions will land them with hefty prison sentences? When did we start putting more value on policies and money than our children’s safety and future?” she said. “We should be focusing on preemptive treatment instead of waiting a year and a half and forcing a child to commit numerous crimes before he qualifies to be sent for inpatient treatment, as happened with my son.”

Candace has reached out to a number of elected officials, including Governor Kemp, State Representative Jan Tankersley, and Congressman Rick Allen. Tankersley recently provided contact information for a few local resources, some of which have been helpful. Candace’s requests for meetings and assistance with the Georgia Department of Juvenile Justice HQ in Atlanta continue to go unanswered or directed back down to the same office that echo her son’s discharge decision and told her that her son was already “as good as he was going to get.”

This is part of an ongoing series on the Georgia Department of Juvenile Justice. If you have a story you would like to share, email info@AllOnGeorgia.com
If you would like to connect with Candace to discuss an experience with the DJJ, email candace24680@gmail.com