Judicial Emergency Extended, More Restrictions Due To Be Lifted 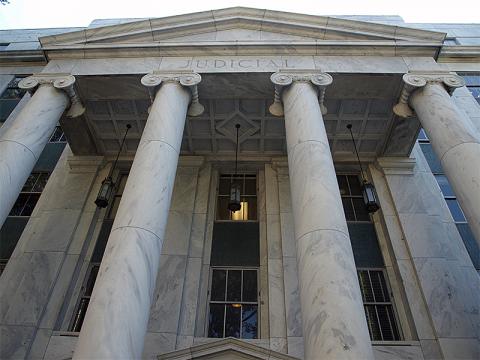 Atlanta, April 8, 2021 – Chief Justice Harold D. Melton today extended for another month the Statewide Judicial Emergency he first declared more than a year ago on March 14, 2020 due to the COVID-19 pandemic. Today’s order, which will be in effect until May 8, is nearly identical to the previous order he signed last month extending the emergency, but with one key difference: This order gives notice that the statutory deadlines for when detained criminal defendants must have their cases heard by a grand jury are expected to be reinstated on May 14, 2021.

Under Georgia Code § 17-7-50, anyone who is arrested for a crime and refused bail is entitled to have a grand jury hearing on the charges within 90 days of the person’s confinement. Under Georgia Code § 17-7-50.1, any juvenile arrested and detained for a crime so serious that the case is under the jurisdiction of superior court instead of juvenile court must have a grand jury hearing within 180 days of the juvenile’s detention. Throughout the pandemic, those deadlines have been suspended because grand jury hearings and other in-person proceedings could not be conducted safely due to the threat of spreading the virus. “However, because at least one grand jury should now be able to operate safely in all counties, it is expected that the deadlines in OCGA §§ 17-7- 50 and 17-7-50.1 for presenting cases involving detained defendants to a grand jury … will be reimposed as of May 14, 2021,” today’s order says.

Reimposing these deadlines will help clear out the backlog of unindicted criminal cases that has been growing throughout the year and protect defendants’ rights to have their cases move forward.
The resumption of grand jury proceedings was authorized last September in the monthly extension order the Chief Justice signed, “if doing so can be done safely and in compliance with public health guidance based on local conditions,” but some counties that had restarted grand jury proceedings had to suspend them again when COVID-19 cases surged during the winter months. The order the Chief Justice signed last month also authorized the resumption of jury trials “as local conditions allow,” and many counties have begun to hold jury trials using appropriate public health precautions.
“Courts around our state have been working hard to resolve cases with the speed and efficiency we did before the pandemic,” Chief Justice Melton said. “Reinstating these deadlines will be another step toward getting us back to more robust court operation.