The Federal Government will be sending approximately 12 million swabs to States over the course of May to supplement private sector resources. 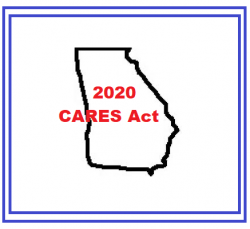 The White House announced Wednesday that Georgia will receive over $260 million in federal funding to increase testing capacity in the state.

“Testing is a critical element of our phased approach to get America back to work,” Senator David Perdue said in a news release.“This CARES Act funding will allow Georgia to expand its testing capacity and test as many people as possible, even asymptomatic individuals. As we continue to gradually reopen the economy, we must ensure our healthcare system has the testing capabilities and resources necessary to identify and contain COVID-19.”

The funding, to be awarded by the Department of Health and Human Services, was authorized through the Paycheck Protection Program and Health Care Enhancement Act, commonly known as CARES Act 3.5.

The Administration announced on Monday that $11 billion will be distributed to help provide states with the resources they need to meet their testing goals.