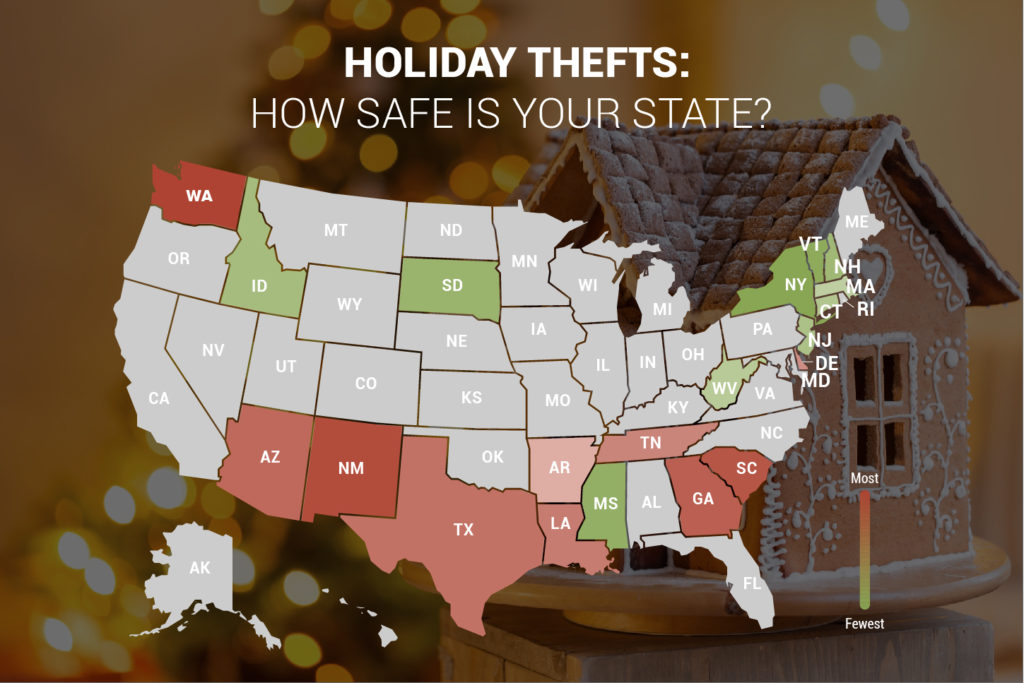 The holiday season draws out thieves and burglars and national statistics indicate that larceny occurs 22% more in December than other months of the year, but is Georgia in line with those statistics?

Yes, and possibly at a higher rate than the national average. Georgia reports 72.3 larceny reports per 10,000 residents. In fact, the Peach State came in at No. 4 for the most thefts in the month of December.

The study, analyzed by home security solutions provider Vivint, for the ranking included:

The states with the most December thefts (from most to least) are:

According to that analysis, the states with the fewest December thefts are:

Note: Illinois and Florida were excluded due to data reporting issues. Additionally, reported information is voluntarily.