The Georgia Supreme court said last week that it will not consider the appeal filed by death row inmate Ray Cromartie’s legal team, which cites additional evidence that could clear Cromartie the claim that he pulled the trigger in a 1994 armed robbery. 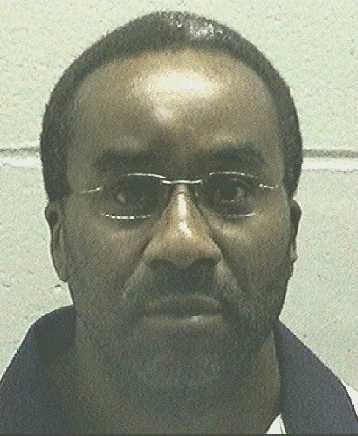 The Georgia Supreme court said last week that it will not consider the appeal filed by death row inmate Ray Cromartie’s legal team, which cites additional evidence that could clear Cromartie the claim that he pulled the trigger in a 1994 armed robbery.

Ray Jefferson Cromartie was sentenced to death in 1997 for the murder of Richard Slysz. Slyz was a store clerk and was shot twice in the head during a robbery. Cromartie and his accomplice were both charged, but only Cromartie was charged with murder. His accomplice testified for the state, served time for a lesser sentence, and is already out of prison, while Cromartie rolled the dice at trial. Cromartie has maintained for the last 22 years that he did not pull the trigger. The accomplice, however, has been unable to be located since 2015.

In a press release in October, the Attorney General’s Office claimed the appeal’s process was complete, but at multiple points during the appeals process, the defense has contended that a witness from the initial trial has admitted to perjury and that forensic DNA testing not available in 1997 would show Cromartie was not the one who pulled the trigger. [The defense says clothing and ammunition could be tested]. Superior Court Judge Frank Horkan, who sentenced Cromartie to death in 1997, is the same judge who recently denied opportunities to consider the new evidence.

Cromartie was previously set to be executed on October 30th but was granted a stay eight hours before his scheduled lethal injection over concerns with the procedural process. During that time, Cromartie’s legal team also made additional pleas to the Georgia Board of Pardons & Parole, the Georgia Supreme Court, and the Georgia Attorney General’s Office to consider the DNA evidence. All were denied.

Most notably, Richard Slysz’s daughter has pleaded with both the Attorney General’s Office and the Georgia Board of Pardons & Parole to conduct the forensic DNA testing before executing Cromartie in the name of justice for her father.

Last week, the Georgia Supreme Court said the ineffective counsel arguments Cromartie made in a second appeal – in which he claimed that had other evidence been presented at trial, he may have been sentenced differently – were denied. The high court also said it will not grant a stay to the execution set for Wednesday.

No other interventions in the process remain. Unlike many other states, in Georgia, the state Constitution permits only the Georgia Board of Pardons & Paroles to commute a death sentence to life in prison.

Cromartie is set to be executed on Wednesday, November 13, 2019. The state claims it uses the sedative pentobarbital to put people to death by lethal injection, but provisions in the Georgia Open Records Act shield the public from confirming that information.

You can read the background of the case as provided by the Georgia Attorney General’s Office below.

Cromartie filed a petition for a writ of habeas corpus in the Superior Court of Butts County, Georgia on May 9, 2000.  An evidentiary hearing was held on August 12-14, 2008.  On February 9, 2012, the state habeas corpus court entered an order denying Cromartie state habeas relief.  Cromartie filed a motion for reconsideration based upon new testimony from trial witness Gary Young, which the state habeas corpus court ultimately denied on October 9, 2012.  The Georgia Supreme Court denied Cromartie’s appeal on September 9, 2013.  Thereafter, the United States Supreme Court denied Cromartie’s request to appeal on April 21, 2014.  Cromartie v. Chatman, 572 U.S. 1064 (2014).