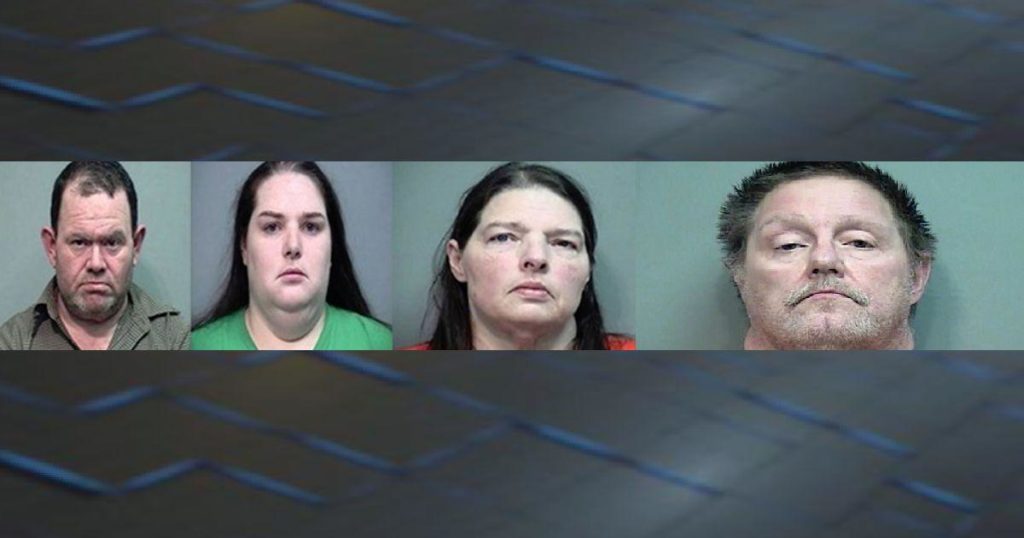 A total of four people are now behind bars and an investigation remains ongoing after the bodies of two children were discovered late this week in Effingham County.

The Effingham County Sheriff’s Office discovered the bodies of two teenagers during a wellness check Thursday. A third child with disabilities is currently in the hospital.

14-year-old Mary Crocker and 16-year-old Elwyn Crocker were both found in the family’s yard, buried, on Thursday afternoon after authorities began investigating when they could not find Mary Crocker. A tip to law enforcement Wednesday night had voiced concern that she had not been seen in weeks and could be dead. Her brother, Elwyn Crocker, had reportedly been there for two years, according to law enforement officials.

Currently, four people are in jail for a number of charges, including concealing the death of another and cruelty to children in the first degree. It is still possible that more charges will be brought pending the outcome of the investigation. The following people have been charged:

All were denied bond at their first appearance hearing.

They initially told law enforcement officials that the child in question had gone to live with her biological mother. “Deputies realized this information was false and not accurate,” Effingham County Sheriff Jimmy McDuffie said in a press conference. “Information from Elwyn Crocker led investigators to search the grounds, and two bodies were discovered.”

The children were being homeschooled at the time of their deaths, according to the Effingham County School System.

The bodies were sent to the GBI Crime Lab to determine the exact cause of death.