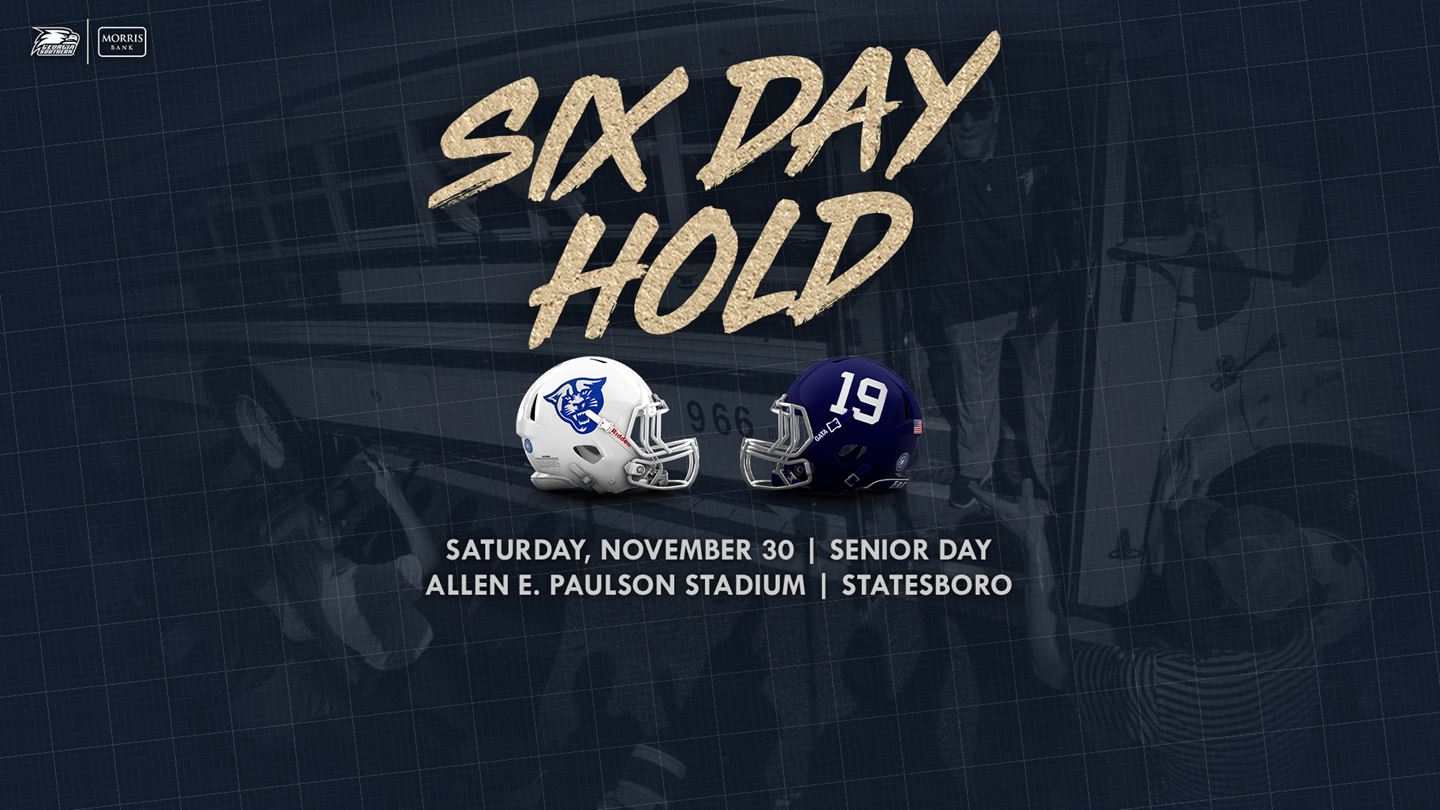 STATESBORO – The Sun Belt Conference announced Monday that ESPN has exercised its right to a six-day hold in regards to game time announcements for two contests on Nov. 30. The two games being held are Georgia Southern’s home contest against Georgia State, as well as ULM at Louisiana.

The network will await results from this weekend’s games, as well as potential home atmospheres and tickets sales, before announcing a decision after Saturday’s games. One game will kick off at 7:30 p.m. and be televised by ESPNU. The game not picked up will go on ESPN+ and Georgia Southern will opt to make kickoff 6 p.m. to give students more time to get back from Thanksgiving break.

The game, which will be Senior Day, can also be heard through the Georgia Southern Sports Network of radio affiliates.

The annual battle will be played under the lights in Statesboro for the first time and will also mark the first time in the brief series that both teams will enter with a winning record. Georgia State (6-4) leads the series 3-2 but the Eagles won in Atlanta last year to narrow the gap.