Valiant Comeback Falls Short as Red Wolves Hold On To Down Georgia Southern, 38-33 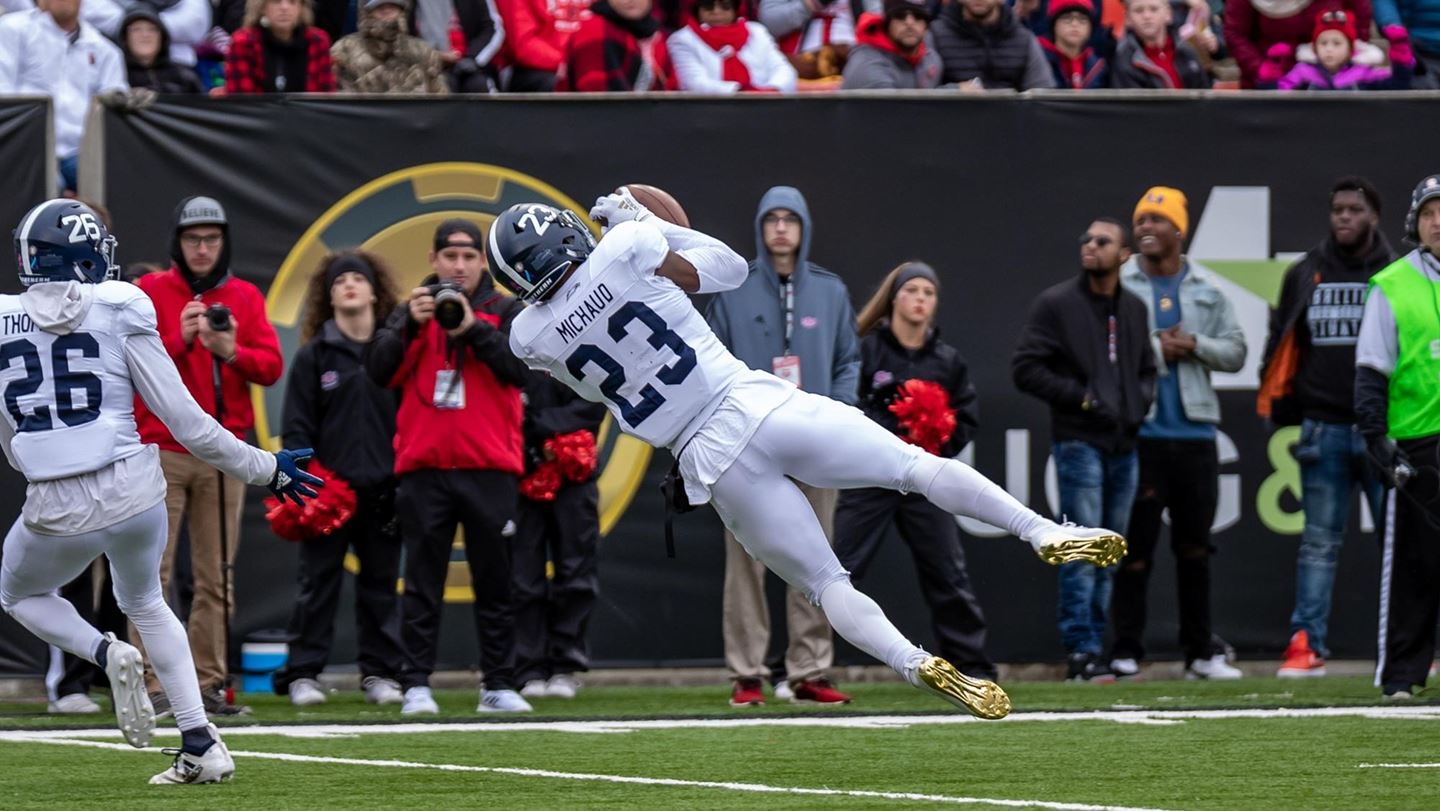 JONESBORO, Ark. – Arkansas State scored 35 first-half points and held on in the second half for a 38-33 victory over Georgia Southern Saturday afternoon in Sun Belt Conference football action at Centennial Bank Stadium behind four passes from Layne Hatcher.

Key Moment: After falling behind 21-3, Georgia Southern marched 63 yards on 10 plays for a touchdown, but Kirk Merritt returned the ensuing kickoff 94 yards for a touchdown to snatch the momentum right back. The Eagles would battle back in the second half to get it within five points, but couldn’t complete a last-minute drive as the furious rally fell just short.

Key Stat: Leading 7-3 in the first quarter, Arkansas State scored touchdowns on four consecutive touches to bust it open for a 35-10 lead. The Red Wolves scored on the first play of two drives and returned a kickoff for a touchdown in that span. The Eagles outscored A-State 23-3 from that point on.