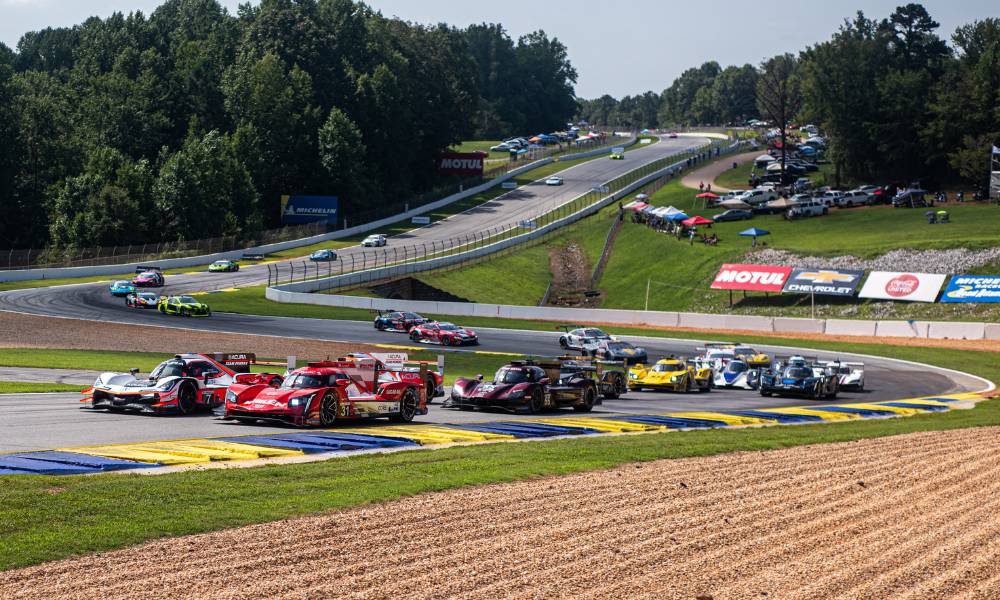 The No. 7 Acura ARX-05 of Acura Team Penske claimed victory in the Tire Rack Road Atlanta Grand Prix at Michelin Raceway Road Atlanta. The duo of Helio Castroneves and Ricky Taylor battled back from earlier problems to claim the victory.  Castroneves led from the pole on the start, that would see several cars taken out of contention when the Penske No. 6 team car of Dane Cameron struck the inside curb of turn 12 and spun.

Adversity struck the No. 7 car on the race’s second caution; While under yellow, Castroneves failed to properly engage the car’s pit speed limiter when entering the pits. This mistake caused castroneves to enter the pits too quickly, which resulted in a drive through penalty. The error was compounded when the 3 time Indy 500 champion failed to stop for the red light at the end of pit road. This led to the No. 7 car being hit with a Stop and hold for 1 minute penalty when green flag racing resumed.  Castroneves rejoined the race nearly two laps down, but was able to use speed, pit strategy and opportune full course yellows to get back on the lead lap and back into contention.

Castroneves managed to retake the lead and hold off the #55 of Mazda DPi of Harry Tincknell, Jonathan Bomarito for the win, in a two lap shootout after the race was slowed by a late caution due to an accident involving the Acura of Montoya. Castroneves victory marks the first endurance win for the Acura Team Penske program and the second win for Castroneves and Taylor. It has already been announced that the Acura Team Penske program will end after this season.

Penske looked set to make it a one-two finish before the No. 6 of Montoya sustained damage in an incident where the 10 Konica Minolta Cadillac DPi ran into the back of Montoya when entering the pits for a green flag pitstop. Indycar regular Ryan Hunter Ray was assessed a drive through penalty for being deemed responsible for the incident. The No. 31 Wheelen Cadillac DPi of Action Express Racing rounded out the top three overall.

The LMP2 win went to the No. 52 PR1/Mathiasen Motorsports Oreca 07 Gibson of Simon Trummer, Patrick Kelly and Scott Huffaker. This came after the only other car in its class was involved in the opening lap incident with Dane Cameron.

The No. 4 Chevrolet Corvette C8.R finished second in GT Le Mans driven by Tommy Milner and Oliver Gavin. They came in ahead of the No. 24 BMW of Jesse Krohn and John Edwards in third.

Both Porsches experienced trouble in the race with the 911 having its hood come undone, and the No. 912 required a brake change just 3 hours into the race.

The GT Daytona class was won by the Meyer Shank No. 86  Acura NSX GT3 Evo, which beat out the No. 48 Paul Miller Racing Lamborghini Huracan GT3 Evo driven by Bryan Sellers in part due to a strong closing double stint by MSR driver Mario Farnbacher.  This marked the first double class victory for Acura as it won both GT Daytona and the DPi/Overall Honors.

The WeatherTech Sportscar Championship will race next at Mid-Ohio Sports Car Course September 25th through 27th. The Championship will return to Michelin Raceway Road Atlanta in October for the traditional 10 hour Petit Le Mans. Due to Covid-19 Petit Le Mans will not be the final race of the season. That will be the 12 Hours of Sebring in November.