Will the Atlanta Braves be a good second-half team? 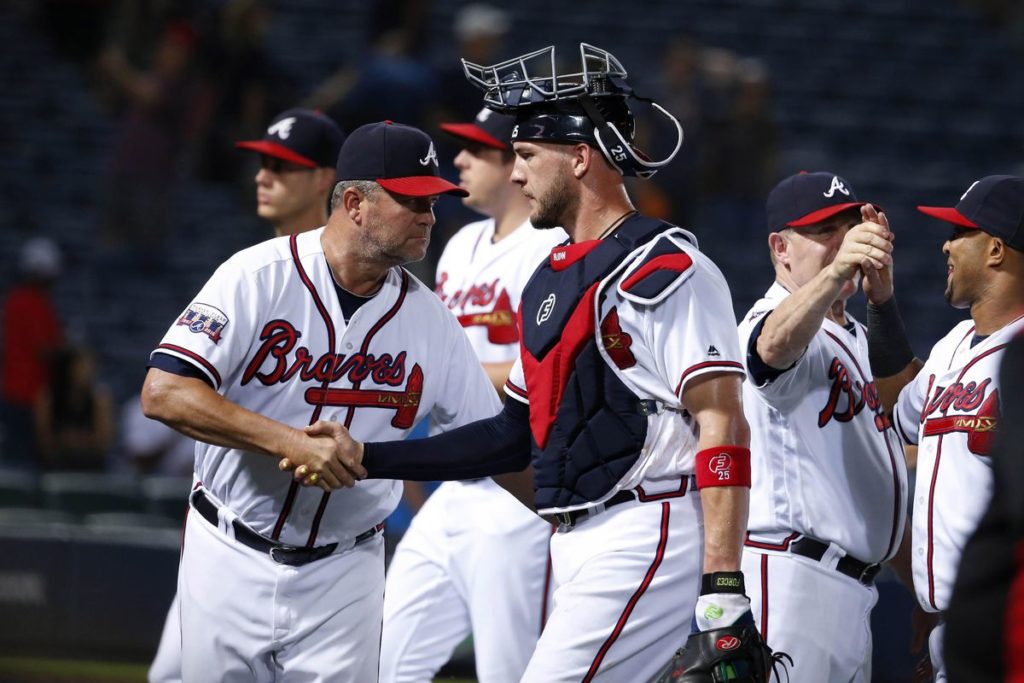 Will the Atlanta Braves be a good second-half team?

That’s a question that will be answered over the next two months as the Major League Baseball season resumes in earnest Friday following this week’s All-Star Break.

Atlanta returns from the break with a 52-42 won-loss record and trails the Philadelphia Phillies, 53-42, by a half-game in the National League East standings.

If the playoffs started today, the Braves would be the NL’s second wild-card entrant and they would face off with fellow wild-card team Milwaukee in a one-game, do-or-die contest to see who advances to the divisional round.

That a postseason berth is even possible for the Braves as the second half of the season is set to begin has made this 2018 season a rather surprising and fun one for Braves Nation.

This young squad is ahead of schedule in its attempt to return to the upper echelon of the game, very much like the upstart Phillies who also have been among baseball’s most surprising teams in the first half of the year.

For the Braves, first baseman Freddie Freeman, the leading vote-getter for the NL All-Stars, is having an MVP-type year. Right fielder Nick Markakis, also an All-Star starter, is also one of the biggest reasons the Braves are in position to challenge for the NL East pennant.

All-Star second baseman Ozzie Albies leads the team’s young guns along with star-in-the-making Ronald Acuna Jr., the left fielder who played in only 43 games in the season’s first half after starting the season in the minor leagues and then missing time while on the disabled list after getting promoted to the major-league club.

Pitchers Mike Foltynewicz (7-5), the fourth Braves player to make the All-Star game, and Sean Newcomb (8-5) give the team a solid, perhaps not strong, one-two punch at the top of the starting rotation.

The Braves struggled the last two weeks prior to the break, going 4-8 over their final 12 games after sweeping a three-game road series at St. Louis.

They did win their final game of the first half last Sunday at home over Arizona, another team with postseason aspirations as the season resumes this weekend. That was far from being a must-win game, but the Braves did leave for their mini-vacation with a better feeling in their bellies than they might have otherwise.

They were still proud of their first half and didn’t feel like their slump was a sign of things to come despite the fact they clearly overachieved in the first three-plus months of the season.

“If you would’ve told me at the end of spring that we would be 10 (games) over .500 and half a game out of first, I would’ve been the first to sign up,” Braves manager Brian Snitker said. “Lately I’m kind of grinding on every game, but then I think back to how far we’ve come. I thought it was a really solid first half. Guys did a lot of good things. Young guys have taken some huge steps forward.”

The Braves will find out soon if their front office is going to make a move to bolster the roster in hopes of giving the Braves a better chance at securing a spot in the playoffs.

Will they trade for another starting pitcher? Will they add some help for the bullpen? The relief staff has been a question mark since the season started and a few guys seemed to be fading even more prior to the break.

Or will management maybe make a move for a position player, someone who can give them another bat off the bench, perhaps?

The July 31 trade deadline is obviously just days away, so the players will soon know if anyone in the organization will be leaving and who might be coming in.

It seems pretty evident, though, that the Braves’ brass doesn’t plan to make a bold move by shipping out any top prospects for a major player that could be a sure-fire difference-maker down the home stretch this season.

And the players seem fine with that. They like the roster as is right now.

“The 25 guys we have in there now, I’ll compete with them every single day. I like our team,” Freeman says.

And after having four days off for the All-Star festivities, the Braves are ready to get going again.

“I think everyone needed a break. I think we’re going to come back hungrier than ever in the second half,” Foltynewicz said.

The Braves will play the first of their 68 remaining games Friday night at Washington. First pitch is set for 7:05 p.m.

Column: My day with the Braves was a memorable experience
For former BHS and Navy player Robinson, football is still big as he serves his country in the Marines
Posting....