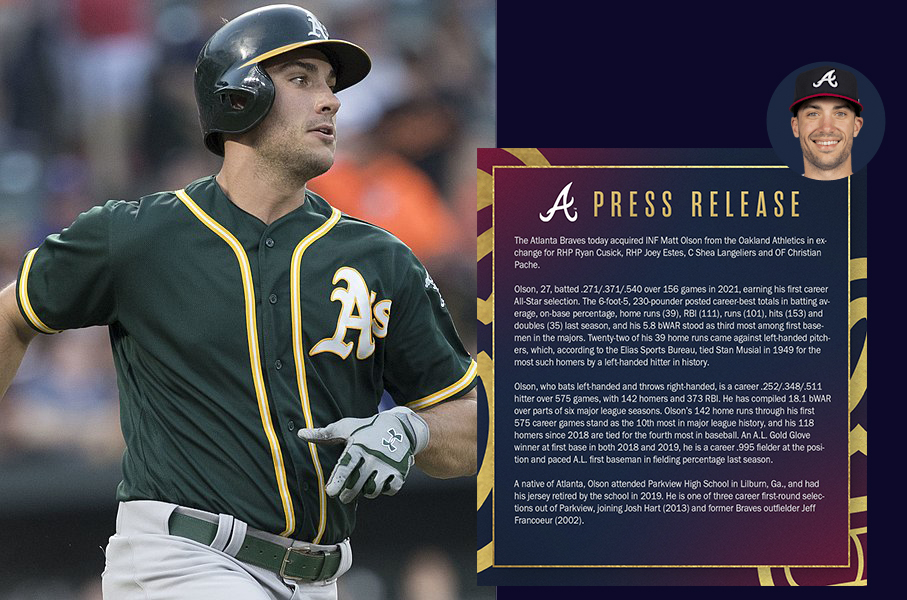 The Atlanta Braves announced today that the team has acquired INF Matt Olson from the Oakland Athletics in exchange for RHP Ryan Cusick, RHP Joey Estes, C Shea Langeliers and OF Christian Pache. 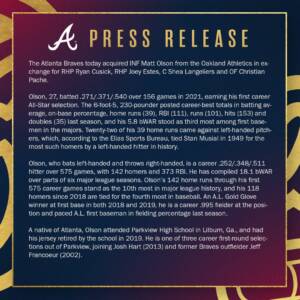 Originally drafted by Oakland in the first round of the 2012 First-Year Player Draft, he has played his entire professional career in the Athletics’ organization and made his major league debut with the club in 2016. He finished fourth in A.L. Rookie of the Year voting in 2017 after tallying 24 homers and 45 RBI in just 59 games.

A native of Atlanta, Olson attended Parkview High School in Lilburn, Ga., and had his jersey retired by the school in 2019. He is one of three career first-round selections out of Parkview, joining Josh Hart (2013) and former Braves outfielder Jeff Francoeur (2002).