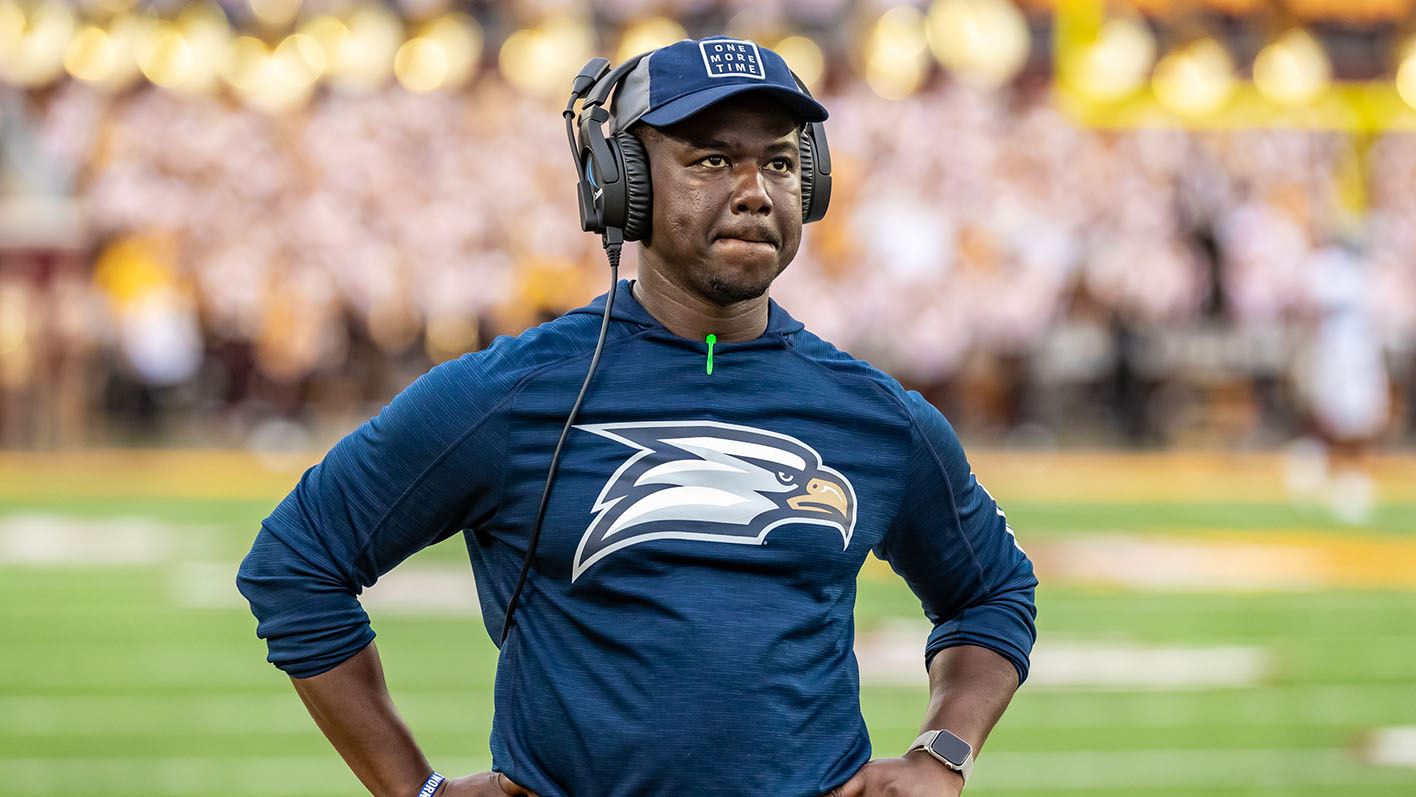 “I want to thank Lamar for the hard work and dedication he’s put in this season,” Lunsford said. “We wish Coach Owens and his family nothing but the best in their future endeavors.”

Owens is finishing up his first season with the Eagles after coming over from Georgia Tech. Under his tutelage, the GS receivers caught nine touchdown passes in the run-heavy offense and also played a big role in the Eagles’ successful running attack with tough perimeter blocking.

Dimitri Donald, a second-year graduate assistant who has worked with the receiving corps this season, will move to an on-field coaching role for the upcoming bowl game as the 10th assistant coach and Lunsford will begin the process to fill the position following the season.