A veteran who reaped federal monetary benefits for faking a mental health condition and who falsely claimed to have earned two of the highest honors bestowed for military service was sentenced to the top of his sentencing guideline range and will pay restitution for his crimes. 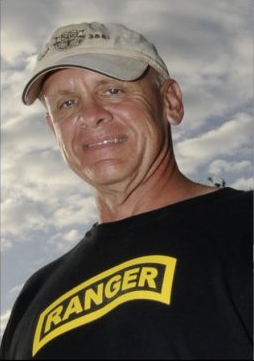 A veteran who reaped federal monetary benefits for faking a mental health condition and who falsely claimed to have earned two of the highest honors bestowed for military service was sentenced to the top of his sentencing guideline range and will pay restitution for his crimes, according to Charles “Charlie” Peeler, the United States Attorney for the Middle District of Georgia.

Gregg Ramsdell, 61, of Columbus, was sentenced to 12 months in prison, the top of his federal sentencing guideline range, three years supervised release and was ordered to pay $76,000 in restitution to the U.S. Department of Veterans Affairs (VA) by U.S. District Judge Clay Land on Tuesday, August 18 after pleading guilty to one count of false statements and one count of violation of the Stolen Valor Act. There is no parole in the federal system.

“Ramsdell’s conduct does a disservice to all of those who exhibit true valor, serving honorably and courageously in our nation’s armed forces.  He will pay the penalty for claiming to be the hero he was not, and reaping monetary benefits reserved for our nation’s true heroes,” said U.S. Attorney Charlie Peeler. “I want to thank the FBI for unraveling his lies, and working alongside us and the VA to protect the integrity of a system built only for those who have sacrificed for and served our country.”

“The sentenced imposed on Ramsdell sends a clear message that anyone who falsely claims to have received our Nation’s most valorous medals earned through combat and service will be held accountable. VA OIG is resolute in investigating allegations of ‘Stolen Valor’ and holding those who attempt to besmirch the heroic service of our military for personal gain responsible for their deceitful acts,” said David Spilker, Special Agent in Charge, VA Office of Inspector General.

“Anyone who lies about serving our country to illegally take tax payer money from federal programs that help deserving veterans must be held accountable to the full extent of our laws,” said Chris Hacker, Special Agent in Charge of FBI Atlanta. “Hopefully Ramsdell’s sentence will bring solace to every veteran insulted by his actions, particularly those who suffered physical and mental trauma for their commitment and valor.”

Ramsdell admitted that he falsely claimed to have suffered post-traumatic stress disorder (PTSD) when he applied for disability payments from the VA on September 7, 2014. Ramsdell wrote that he witnessed horrible atrocities during deployment in Afghanistan from October 2008 to March 2009. Among other stressors, he stated he had seen “men, women and children being executed. Women holding babies while detonating themselves. IED explosions causing severe bodily injuries and death. Retrieving body parts and bagging them. Having blood and body excrements being blown onto my uniform.” He also falsely claimed that these experiences made him “unable to live a normal life.” As a result of Ramsdell’s false claims, the VA gave him added PTSD benefits retroactive to his military discharge date of June 1, 2014 totaling $76,000. In truth, Ramsdell was not in Afghanistan during that period of time that he claimed to witness the atrocities that supported his false PTSD claim, and he admitted to investigators that he lied about having PTSD. In addition, Ramsdell applied for and attained a coveted civilian position at U.S. Army Fort Benning in 2017, in part because his resume listed that he was both a Silver Star and Purple Heart with Cluster recipient. He never received these honors.

The Stolen Valor Act of 2013 makes it a crime for people to pass themselves off as war heroes in order to claim money, employment, property or other tangible benefits. The Silver Star medal is the third highest honor bestowed by the U.S. Army. The Purple Heart medal is awarded to members of the U.S. Armed Forces who are wounded or killed in battle. An additional Oak Leaf Cluster is given to Army and Air Force service members to indicate being wounded in combat on more than one occasion.

The case was investigated by the FBI and the Department of Veterans Affairs, Office of the Inspector General. Assistant U.S. Attorney Melvin Hyde is prosecuting the case for the Government.