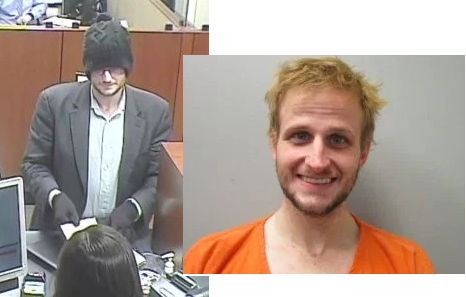 An Alabama man admitted in federal court Wednesday that over the course of four months in 2018, he robbed five banks by intimidation in Kentucky, Tennessee, and Georgia. He was captured by law enforcement in Alabama after a Lexington, Ky robbery last year.

As part of his guilty plea, Hayslip and admitted that he robbed banks in Lexington, Kentucky; Murfreesboro, Tennessee; Nashville, Tennessee; Bowling Green, Kentucky; and Carrollton, Georgia. He also acknowledged that he wrongfully obtained over $14,000 over the course of his robbery spree and has agreed to pay that total amount back in restitution.

Hayslip is scheduled to be sentenced on Feb. 21, 2020, at 11 a.m., before Chief Judge Reeves in federal court in Lexington.  However, any sentence will be imposed by the Court, after its consideration of the U.S. Sentencing Guidelines and applicable federal sentencing statutes.

Local law enforcement agencies in each respective jurisdiction investigated Hayslip, and the federal investigation was directed by the Federal Bureau of Investigation.  The United States was represented by Special Assistant U.S. Attorney James T. Chapman.