3 Georgia residents, accused of running an interstate criminal fraud scheme and preying on vulnerable individuals to facilitate their crimes, are charged in a 28-count federal complaint 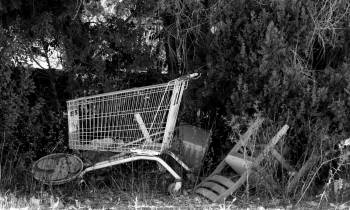 Three Georgia residents, accused of running an interstate criminal fraud scheme and preying on vulnerable individuals to facilitate their crimes, are charged in a 28-count federal complaint unsealed Friday.

Malik Wright, age 22, Tony Hutchinson, age 22, and Joseph D. Jackson, age 22, all of Atlanta, are charged with one count of conspiracy to commit bank fraud, 15 counts of possession of counterfeit securities, and 12 counts of aggravated identity theft in the complaint.

The complaint alleges the defendants traveled from Atlanta to various states, including Utah, in rental cars.  They obtained bank account numbers and bank routing information for checking accounts for several businesses, including stealing checks from the mail. Jackson and other conspirators used the stolen information to make counterfeit checks that were drawn against the victim businesses’ accounts.

Law enforcement officers stopped Wright and Hutchinson on Dec. 11, 2019, after employees at a Layton branch of Zions Bank alerted police that an individual was in the bank attempting to cash a fraudulent check.  The suspect fled the bank and got into a Silver GMC Yukon.  Officers were able to find the vehicle and conduct a traffic stop. Wright and Hutchinson were in the front seats of the vehicle.

The individual who went into the bank was interviewed and told officers that earlier in the day, Wright and Hutchinson approached him near the homeless shelter, flashed a large amount of cash, and asked him if he wanted to make some money.  Wright and Hutchinson drove the individual to Layton and told him he would be given checks with his name on them.  He said he would go into banks, cash the checks, and give the money to Hutchinson.  He would then receive a small portion of the money back.

At the time of the traffic stop, Wright and Hutchinson were in possession of 15 counterfeit checks purporting to be drawn on numerous actual business accounts. According to the complaint, two other homeless men passed fraudulent checks in Utah on behalf of Wright, Hutchinson, and Jackson on Dec. 10, 2019 and Dec. 11, 2019.

The complaint alleges Wright, Hutchinson, and Jackson are part of a group that travels around the country running bank fraud schemes that prey on homeless and vulnerable individuals to cash checks for them. According to the complaint, they traveled in Colorado, Ohio, Pennsylvania, Kentucky, and other states to achieve the goals of the conspiracy.

Postal inspectors from the U.S. Postal Inspection Service and officers with the Layton Police Department are investigating the case.

Complaints are not findings of guilt.  Individuals charged in complaints are presumed innocent until proven guilty in court.