This prosecution, arising out of the related “Operation Brace Yourself” and “Operation Double Helix,” together with those previously announced, involve the largest fraud operation in the history of the Southern District of Georgia. 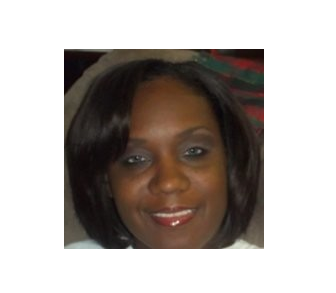 A Georgia woman who operated a telemedicine network through two companies has been charged for her alleged participation in an ever-growing healthcare and telemedicine fraud scheme.

Charlene Frame, the operator of Royal Physician Network, LLC and Envision It Perfect, LLC, both Georgia companies, is accused of conspiring to pay medical providers, like physicians and nurse practitioners, in exchange for obtaining orders for durable medical equipment (DME) that would then be sold to DME providers and, ultimately, billed to Medicare. The financial total for orders facilitated through this scheme is alleged to be in excess of $60 million for thousands of patient orders. Medicare beneficiaries were located in the Southern District of Georgia and elsewhere. The defendant was charged by way of an Information, filed in the U.S. District Court for the Southern District of Georgia.

“Our prosecutors and law enforcement partners will continue to use all available resources to dismantle networks engaging in unlawful schemes that place profit over legitimate medical treatment,” said U.S. Attorney Bobby L. Christine.

This prosecution, arising out of the related “Operation Brace Yourself” and “Operation Double Helix,” together with those previously announced, involve the largest fraud operation in the history of the Southern District of Georgia. Previously charged in this string of cases include eight physicians, two nurse practitioners, two operators of different telemedicine companies, two brokers of patient data, and several owners of durable medical equipment companies.  The Medicare and Medicaid beneficiaries whose identities were used as part of the scheme are located throughout the country, including throughout the Southern District of Georgia.

The combined $470 million in fraud charged in the Southern District of Georgia is part of nationwide operations by the Department of Justice that thus far has included allegations involving billions of fraudulent claims for genetic testing, orthotic braces, pain creams, and other items.

“This $60-million fraud scheme is one small piece of a much larger operation that has put tremendous strain on our federally-subsidized healthcare programs,” said Chris Hacker, Special Agent in Charge of FBI Atlanta. “We will always protect our tax paying citizens, who are all victims of greedy providers, especially those who need government assistance for their health care needs.”

“Let this criminal charge be a warning to anyone who feels the need to fraudulently enrich themselves at the expense of our nation’s Medicare beneficiaries,” said Derrick L. Jackson, Special Agent in Charge at the U.S. Department of Health and Human Services, Office of Inspector General in Atlanta. “HHS/OIG, along with our partners, vows to continue the fight against such fraudulent schemes.”

“Cases of this magnitude can only be tackled using a strategy that recognizes that the most effective way to fight these large criminal networks is by combining the strengths, resources, and expertise of our federal agencies,” said Resident Agent in Charge Glen M. Kessler of the U.S. Secret Service. “Our nation’s healthcare system cannot tolerate kickbacks to physicians and pharmacies while criminals line their pockets with taxpayer-funded healthcare dollars.”

Indictments or criminal informations contain only charges; defendants are presumed innocent unless and until proven guilty.

This investigation is ongoing. As telemedicine becomes an increasing part of our healthcare system, vigilance in ensuring that fraud and kickbacks do not usurp the legitimate practice of medicine by electronic means is more important than ever. If you are aware of any fraud or kickbacks relating to telemedicine, including COVID-19 fraud, please call the FBI hotline at 1-800-CALL-FBI.

This particular prosecution resulted from a joint investigation of multiple agencies and offices. U.S. Attorney Christine acclaimed the hard work of the investigatory team, led by FBI – Savannah, the Department of Health and Human Services Office of Inspector General, and the United States Secret Service.

Assistant U.S. Attorneys J. Thomas Clarkson and Jonathan A. Porter are prosecuting these cases on behalf of the United States.