The Federal Bureau of Investigation has released the 2019 statistics for law enforcement officers killed in the line of duty. 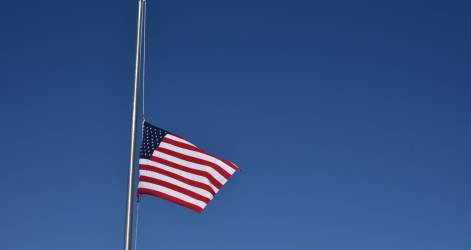 The Federal Bureau of Investigation has released the 2019 statistics for law enforcement officers killed in the line of duty.

According to statistics reported to the FBI, 89 law enforcement officers were killed in line-of-duty incidents in 2019. Of these, 48 officers died as a result of felonious acts, and 41 officers died in accidents. Comprehensive data tables about these incidents and brief narratives describing the fatal attacks are included in Law Enforcement Officers Killed and Assaulted, 2019, released Monday.

The 48 felonious deaths occurred in 19 states and in Puerto Rico. The number of officers killed as a result of criminal acts in 2019 was 8 less than the 56 officers who were feloniously killed in 2018. The 5- and 10-year comparisons show an increase of 7 felonious deaths compared with the 2015 figure (41 officers) and a decrease of 7 deaths compared with 2010 data (55 officers).

Officer Profiles. The average age of the officers who were feloniously killed was 40 years old. The victim officers had served in law enforcement for an average of 13 years at the times of the fatal incidents. Of the 48 officers:

Circumstances. Of the 48 officers feloniously killed:

Weapons. Offenders used firearms to kill 44 of the 48 victim officers. Four officers were killed with vehicles used as weapons. Of the 44 officers killed by firearms:

Circumstances. The 41 officers accidentally killed died in a variety of scenarios:

Use of seatbelts. Of the 18 officers killed in motor vehicle crashes while operating cars, SUVs, trucks, or vans, 9 were wearing seatbelts, and 6 were not. Data about seatbelt usage was not reported for 3 of the officers.