This will make for the 4th prosecutor to review the case since the February 23rd fatal shooting. 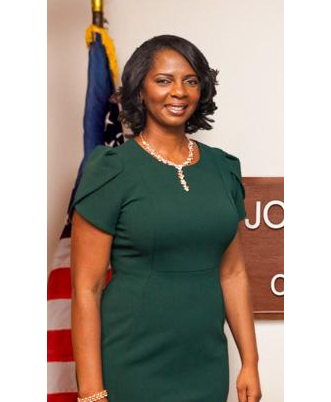 Attorney General Chris Carr announced Monday that he will formally appoint District Attorney Joyette M. Holmes of the Cobb County Judicial Circuit to lead the prosecution of Gregory and Travis McMichael who have been charged with aggravated assault and the murder of Ahmaud Arbery.

“I appreciate District Attorney Tom Durden’s involvement in the Ahmaud Arbery case,” said Attorney General Chris Carr. “This case has grown in size and magnitude since he accepted the appointment on April 13, 2020, and as an experienced District Attorney, Tom has recognized that another office is better suited from a resource perspective to now handle the case. As a result, he has requested our office to appoint another District Attorney.

In an April 7th letter to the Attorney General’s Office, Barnhill confirmed having formed “an initial opinion the day after the shooting,” sent a letter to the Glynn Police Department on April 2nd directing the Glynn PD not to charge or arrest the McMichaels, and waited to recuse himself from the case as well, despite learning three weeks earlier that his (Barnhill) son and Greg McMichael prosecuted a case involving Arbery when Arbery was in high school.

Attorney General Chris Carr appointed Atlantic Judicial Circuit DA Tom Durden on April 13th and had the information related to the conflicts of interest in the Arbery case for 33 days before he called on the DOJ and appointed a special prosecutor outside of the region.