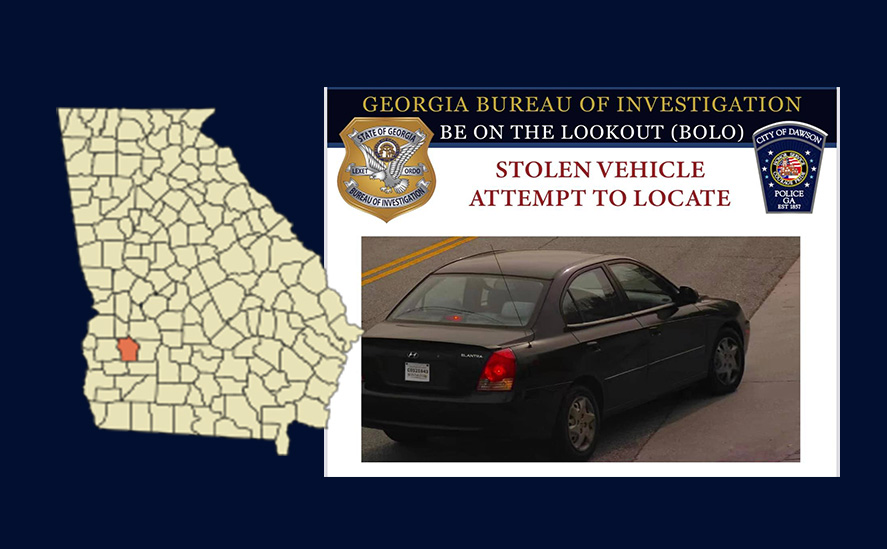 The GBI has charged Nakia West, age 26, of Albany, GA with Felony Murder and Aggravated Assault in connection with the death of Annie Josie Chappell.  He was arrested in Greenville, Virginia and is currently being held at the Augusta County (VA) Jail pending extradition proceedings. He is also facing a charge of Grand Larceny in Virginia. Authorities in Greenville, VA saw the car from the BOLO (attached) related to this investigation and took West into custody. He was the only person in the car. 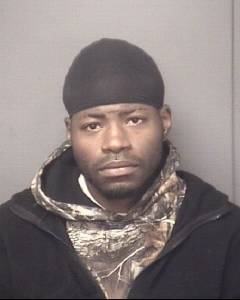 On February 1, 2022, at 1745 HRS, Deputies from the Augusta County Sheriff’s Office were dispatched to the 500 Block of Stover School Road in Greenville, Virginia, for a report of an abandoned vehicle with the lights on, parked in the middle of the roadway. At approximately 1820 HRS, deputies discovered a black 4-door Hyundai Elantra displaying Georgia temporary tag # C0521643. When deputies ran the vehicle registration, they learned that this vehicle was reported stolen, on January 31, 2022, from the scene of a homicide in Dawson, Georgia (Terrell County). At the time of the discovery, the vehicle was seemingly abandoned in the middle of the roadway, locked, with the headlights on.
The suspect associated with this homicide and the stolen vehicle was also being sought for murder and aggravated assault which occurred on Saturday, January 15, 2022, in Leesburg, Georgia (Lee County), he was identified as Natonya Chappell, 41.
Deputies located no one around the vehicle and alerted area residents by reverse 911. Deputies made contact with numerous home owners in the area and also searched numerous homes looking for Chappell. A K-9 team was deployed to the area and deputies checked the adjacent farm land and woodland for signs of someone on foot.
At 1949 HRS, before towing the suspect vehicle, Deputies opened the trunk on the vehicle and discovered Nakia Lanard West II, 26, of Albany Georgia, hiding in the trunk, holding a handgun. West was arrested without incident and transported to the Augusta County Sheriff’s Office, where he was charged with 18.2-95, Grand Larceny of a motor vehicle, and 19.2-100, warrant of extradition- fugitive from justice.
The Augusta County community should be aware that Natonya Chappell who is currently wanted for murder out of Georgia has not been apprehended. Chappell’s whereabouts are unknown at this time, however, the ACSO is being lead to believe that he is still in the Georgia area. Please see the attached flyers, familiarize yourself with Chappell’s appearance, and if you see anything suspicious, call us immediately.
The Sheriff’s Office is in contact with the Georgia Bureau of Investigation, and no further information will be released from our office. 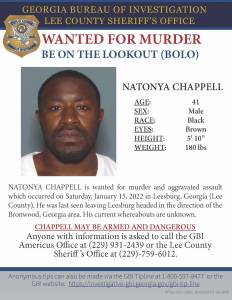 The Georgia Bureau of Investigation is investigating the death of Annie Josie Chappell, age 59, of Dawson, GA.  There is also a BOLO for her stolen car.

On Monday, January 31, 2022, the Dawson Police Department asked the GBI to assist in this death investigation.

At 2:22 p.m., the Dawson Police Department responded to an unresponsive person call at 419 Boundary Street in Dawson.  When they arrived, Chappell was found deceased inside the house.  She lived alone.

A GBI Medical Examiner will conduct an autopsy.

Anyone with information related to this investigation is encouraged to call the Dawson Police Department at 229-995-4414 or the GBI’s regional investigative office in Sylvester at 229-777-2080. Anonymous tips can also be submitted by calling 1-800-597-TIPS(8477), online at https://gbi.georgia.gov/submit-tips-online, or by downloading the See Something, Send Something mobile app. 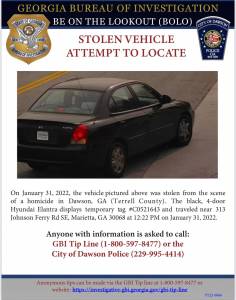