The 19-year-old was sentenced to 38 years in prison. Once he’s released, he will have another 5 years under supervision. 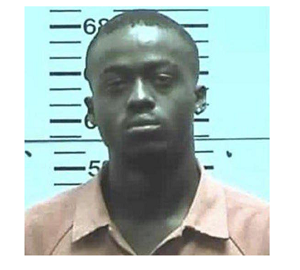 On March 25, 2019, Benton robbed the Jimmy Johns Restaurant in Meridian, the McDonalds in Brandon, and carjacked a vehicle in Vicksburg. Benton used pistols in committing each offense. The Warren County Sheriff’s Office arrested Benton in Vicksburg after shooting at law enforcement and subsequently committing the carjacking.

On April 16, 2019, Benton was charged in a federal criminal indictment with carjacking, two business robberies, and using a firearm to commit each offense. He pled guilty before Judge Jordan on June 12, 2019.

“Because of the courage and bravery of our law enforcement, this criminal’s rampage of terror is over. He will now spend the next three decades of his life repaying a debt to society for the harm he has caused others. I want to sincerely thank our law enforcement for literally putting themselves in harm’s way in order to stop this violent criminal from harming anyone else,” said U.S. Attorney Hurst.

“The crime spree that this individual went on put the innocent lives of citizens across Central Mississippi in danger,” said FBI Special Agent in Charge Sutphin. “Without the assistance and quick actions of Sheriff Pace and his deputies, this individual could have committed more violent crime. Cooperation with all levels of law enforcement is essential in cases like these to bring justice to the affected victims and communities.”

The case was investigated by the Federal Bureau of Investigation. It was prosecuted by Assistant United States Attorney Lynn Murray.

This case is part of Project EJECT, an initiative by the U.S. Attorney’s Office for the Southern District of Mississippi under the U.S. Department of Justice’s Project Safe Neighborhoods (PSN). EJECT is a holistic, multi-disciplinary approach to fighting and reducing violent crime through prosecution, prevention, re-entry and awareness. EJECT stands for “Empower Justice Expel Crime Together.” PSN is bringing together all levels of law enforcement and the communities they serve to reduce violent crime and make our neighborhoods safer for everyone. Former Attorney General Jeff Sessions reinvigorated PSN in 2017 as part of the Department’s renewed focus on targeting violent criminals, directing all U.S. Attorney’s Offices to work in partnership with federal, state, local, and tribal law enforcement and the local community to develop effective, locally-based strategies to reduce violent crime.