“The complaint in this case describes a defendant who saw the spread of COVID-19 as nothing more than an opportunity to profit personally,” the US Attorney’s Office said. 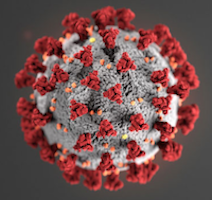 A Georgia man will appear in court this for his alleged role in a conspiracy to defraud federally funded and private health care benefit programs by submitting fraudulent testing claims for COVID-19 and genetic cancer screenings, U.S. Attorney Craig Carpenito announced.

Erik Santos, 49, of Braselton, Georgia, is charged by complaint with one count of conspiring to violate the Anti-Kickback Statute and one count of conspiring to commit health care fraud. He was arrested at his home this week by special agents of the FBI and is scheduled to have his initial court appearance this afternoon before U.S. Magistrate Judge Alan J. Braverman in Atlanta federal court.

“The complaint in this case describes a defendant who saw the spread of COVID-19 as nothing more than an opportunity to profit personally,” U.S. Attorney Carpenito said. “As the complaint alleges, he offered kickbacks in exchange for medically unnecessary tests – including potentially hard-to-obtain COVID-19 tests – thus preying on people’s fear in order to defraud the government and make money for himself.  The U.S. Attorney’s Office and our law enforcement partners are focused on protecting the public from this kind of despicable pandemic profiteering, and will act quickly to halt the fraud and bring the perpetrators to justice.”

“It is unfortunate that we have people in our country who will capitalize on others’ suffering to make a buck,” Special Agent-in-Charge Gregory W. Ehrie of FBI Newark said. “But this case takes things to a new low. This defendant not only allegedly defrauded the government, he conspired to bilk his fellow citizens of a valuable resource that’s in high demand. His profiteering is akin to receiving blood money. Throughout this challenging crisis, the FBI remains on duty and vigilant in our efforts to capture anyone who puts money before humanity.”

“At a time when Americans are coming together in many different ways to help our fellow citizens make it through this crisis, it is unfathomable to think that some people, driven by personal greed, would try to take advantage of people who need help the most,” Chris Hacker, Special Agent in Charge of FBI Atlanta, said. “Though the FBI has had to adapt to doing business in this trying time, we want to make it clear that we are continuing to protect our citizens and uphold the Constitution.”

“Individuals seeking to fraudulently profit during the COVID-19 global pandemic undermine the government’s response, jeopardize medical professionals and endanger the public,” Special Agent-in-Charge Leigh-Alistair Barzey, Defense Criminal Investigative Service (DCIS), Northeast Field Office, said. “The DCIS is committed to working with the U.S. Department of Justice and its law enforcement partners to combat health care fraud and protect TRICARE, the DoD’s health care system, and the military members and their families who depend upon it.”

Santos ran a marketing company that generated leads to testing companies. From November 2019 through the present, Santos and others engaged in a large-scale scheme to defraud Medicare by soliciting and receiving kickback payments from companies involved in clinical and diagnostic testing in exchange for steering to those companies individuals eligible for testing that Medicare would reimburse. Medicare is a federally funded program to provide medical insurance benefits for individuals 65 and older and certain disabled individuals who qualify under the Social Security Act.

Starting in February 2020, the effects of the COVID-19 pandemic began to be felt in the United States.  The virus is considered especially dangerous to patients over 65 – the same population that is eligible for Medicare and TRICARE benefits. As cases have increased in the United States, many individuals are reporting difficulty obtaining tests to determine whether they were infected with the virus.

As the COVID-19 crisis began to escalate, Santos used the pandemic as an opportunity to expand his pre-existing kickback schemes and to capitalize on a national emergency for his own financial gain. Santos agreed with others to be paid kickbacks on a per-test basis for COVID-19 tests, provided that those tests were bundled with a much more expensive respiratory pathogen panel (RPP) test, which does not identify or treat COVID-19. Santos sought to maximize his kickback profits and to bleed federal health care resources at a time when Medicare beneficiaries across the United States were in dire need of coverage for medical treatment and services.

On March 19, 2020, Santos made the following statements in a telephone call explaining that he viewed the pandemic as a money-making opportunity:

• “[T]he good thing is we’re opening a lot of doors through this coronavirus testing.”

• Santos noted that his other work was on hold because “everybody has been chasing the Covid dollar bird.”

The count of conspiracy to commit health care fraud carries a maximum potential punishment of 10 years in prison; conspiracy to violate the Anti-Kickback Statute carries a maximum potential penalty of five years in prison. Both offenses are also punishable by a fine of $250,000, or twice the gross gain or loss from the offense.

The government is represented by Assistant U.S. Attorney Sean M. Sherman of the U.S. Attorney’s Office’s Opioids Unit in Newark.

The charges and allegations contained in the complaint are merely accusations, and the defendant is presumed innocent unless and until proven guilty.