Christopher Dobbins has been sentenced to federal prison for hacking his former employer and sabotaging their electronic shipping records, causing more than $200,000 in damage and delaying the shipment of PPE during the COVID-19 pandemic. 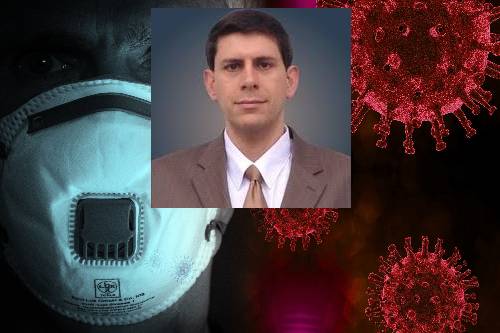 Christopher Dobbins has been sentenced to federal prison for hacking his former employer and sabotaging their electronic shipping records, causing more than $200,000 in damage and delaying the shipment of personal protective equipment (“PPE”) during the COVID-19 pandemic.

“As businesses worked to get PPE into the hands of those most in need of it, Dobbins chose to hack his former employer and maliciously interrupt that process,” said U.S. Attorney Byung J. “BJay” Pak. “His actions caused delays in the delivery of desperately needed equipment in the midst of a worldwide pandemic.”

“During the height of a world-wide pandemic this defendant disrupted the distribution of critical medical supplies to health care workers on the front lines of the battle,” said Chris Hacker, Special Agent in Charge of FBI Atlanta. “This swift and efficient result sends a message that anyone who puts the lives of American citizens at risk will be pursued and punished for their egregious behavior.”

According to U.S. Attorney Pak, the charges and other information presented in court: In early March 2020, Dobbins was terminated from his employment at a medical device packaging company.  While employed at the company, Dobbins had administrator access to the computer systems containing the company’s shipping information. When his employment was terminated, he also lost his access to the company’s computer systems.

On March 26, Dobbins received his final paycheck from the company. Three days later, on March 29, 2020, he used a fake user account that he had previously created while still employed at the company to log into the company’s computer systems.  He then conducted a computer intrusion that disrupted and delayed the medical device packaging company’s shipments of PPEs.

Christopher Dobbins, 41, of Duluth, Georgia, has been sentenced to one year and one day in prison and ordered to pay restitution in the amount of $221,200.  Dobbins was convicted on these charges on July 10, 2020, after he pleaded guilty.

This case was investigated by the Federal Bureau of Investigation.

This case is part of Georgia’s Coronavirus (COVID-19) Fraud Task Force, aimed at better protecting the citizens of Georgia from criminal fraud arising from the pandemic.