Fmr. deputy indicted for using his position to steal cocaine and methamphetamine

The man was also a federal task-force member, has been arraigned on federal charges that he used his former position to steal cocaine and methamphetamine before the drugs could be secured in evidence. 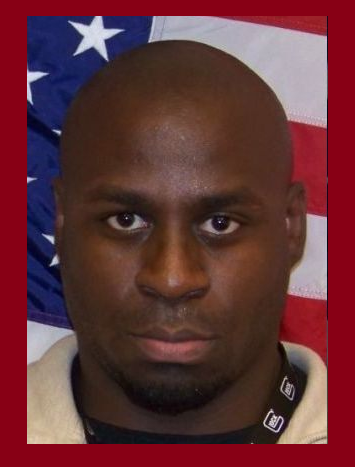 Former Gwinnett County Sheriff’s Deputy Antione Riggins, who was also a federal task-force member, has been arraigned on federal charges that he used his former position to steal cocaine and methamphetamine before the drugs could be secured in evidence, and made a series of false statements to cover up his drug theft.

“Riggins’ alleged theft of previously seized drugs is shocking,” said U.S. Attorney Byung J. “BJay” Pak.  “He also allegedly fabricated documents and made false statements to prevent the arrest and prosecution of the drug trafficking suspects from whom the drugs were seized, in an apparent effort to cover his tracks.  Riggins’s alleged actions betray the community he was sworn to protect.”

“The allegations in this indictment are particularly disturbing because they are against a law enforcement officer,” said Special Agent in Charge Chris Hacker of the FBI Atlanta field office. “The alleged actions of this individual undermine and insult the integrity of every law enforcement officer who takes an oath to serve and protect the people in their communities.”

“As a Task Force Officer, Riggins engaged in conduct that betrayed the oath he took to faithfully serve the people of Gwinnett County.  His behavior should not take away from the outstanding work done each day by the vast majority of law enforcement professionals around the country.”  DHS OIG’s Acting Special Agent in Charge Ronnie Tippett.

“This former officer violated his oath of office and the public’s trust. Corruption within the law enforcement ranks will not be tolerated. The GBI is committed to working with local and federal partners to investigate these types of crimes to ensure the public trust of officers is upheld,” said Vic Reynolds, Director, Georgia Bureau of Investigation.

According to U.S. Attorney Pak, the charges, and other information presented in court: In 2017 and 2018, Riggins was a federally-deputized task force officer with Homeland Security Investigations (HSI), while also employed as a deputy sheriff with the Gwinnett County Sheriff’s Office (GCSO).  Riggins’s duties during this time included investigating drug trafficking cases with HSI agents and other law enforcement officers.  Riggins was also responsible for assisting Gwinnett County authorities to prosecute local drug cases investigated by HSI.  In this role, Riggins was entrusted with transporting seized drugs from HSI crime scenes to the Gwinnett County evidence vault, and obtaining arrest warrants for drug traffickers.

On February 23, 2017, an HSI investigation resulted in the seizure of three kilograms of cocaine following a high-speed car chase and crash on I-285.  HSI identified the suspected owner of the cocaine, even though he fled from the crash and was not apprehended.  HSI agents tasked Riggins with transporting the cocaine to the Gwinnett County evidence vault.  The next day, Riggins allegedly checked only one kilogram of cocaine into evidence, not three, and he failed to secure a warrant for the arrest of the cocaine trafficker.

On July 14, 2017, an HSI investigation resulted in the seizure of approximately six kilograms of methamphetamine from an Atlanta hotel room.  An HSI agent again tasked Riggins with transporting the methamphetamine to the Gwinnett County evidence vault; however, none of the methamphetamine was subsequently checked into evidence.

Riggins also allegedly made false documents and statements in relation to the cocaine theft, for the purpose of covering up his theft of those drugs.  In particular, the indictment alleged that Riggins created and submitted a falsified evidence form to the GCSO, Riggins presented a false court order to the Magistrate Court of Gwinnett County, and made two false statements to HSI agents, all to prevent prosecutors from discovering the missing drugs.

Riggins’s role at HSI ended in early 2018, and his employment with the GCSO ended after these alleged actions came to the attention of law enforcement.

Antione Riggins, 40, of Loganville, Georgia, was arraigned before U.S. Magistrate Judge Catherine M. Salinas.  The defendant was indicted by a federal grand jury in the Northern District of Georgia on September 24, 2019, on charges of possession with intent to distribute controlled substances, unlawfully removing property to prevent government seizure, and making false statements and documents.

Members of the public are reminded that the indictment only contains charges.  The defendant is presumed innocent of the charges and it will be the government’s burden to prove the defendant’s guilt beyond a reasonable doubt at trial.