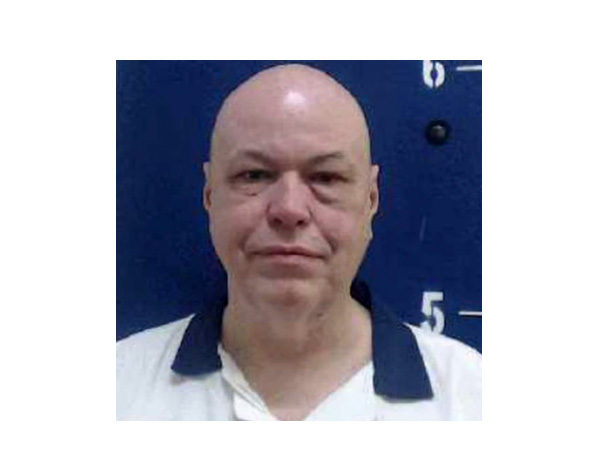 According to the Georgia Department of Corrections, condemned murderer Virgil Delano Presnell, Jr. is scheduled for execution by lethal injection at 7:00 p.m. on Tuesday, May 17 at Georgia Diagnostic and Classification Prison in Jackson.

There have been 75 men and one woman executed in Georgia since the U.S. Supreme Court reinstated the death penalty in 1976. If executed, Presnell, Jr. will be the 54th inmate put to death by lethal injection.  There are presently 37 men and one woman under death sentence in Georgia.

Attorney General Chris Carr offers the following information in the case against Presnell for the 1976 murder of an eight-year-old victim. Presnell was also convicted of the kidnapping and rape of a ten-year-old victim.

On April 27, 2022, the Superior Court of Cobb County filed an order setting the seven-day window in which the execution of Virgil Delano Presnell, Jr. may occur to begin at noon, May 17, 2022 and ending seven days later at noon on May 24, 2022. Presnell has concluded his direct appeal proceedings, and his state and federal habeas corpus proceedings.

The evidence adduced at trial authorized the jury to find that on April 23, 1976, Presnell attempted to abduct a ten-year-old girl in Clayton County as she was walking home from school on a wooded trail. Although he grabbed her and threatened her with a knife, the girl managed to break free and escape. On May 3, 1976, Presnell staked out an elementary school in Cobb County and observed a ten-year-old girl walking home on a wooded trail. He returned the following day and waited on the trail. In his car, he had a rug and a jar of lubricant. When the ten-year-old girl came walking down the trail with her eight-year-old friend, Presnell abducted both girls. He taped their mouths shut and threatened to kill them if they did not cooperate; he also said he had a gun. They got into Presnell’s blue Plymouth Duster. While Presnell was driving, he forced the older girl to orally sodomize him and inserted his finger into her vagina. They drove to a secluded area and Presnell walked the children into the woods. He carried the rug and the jar of lubricant. He made both girls undress and he raped the older girl on the rug. Her vagina was torn during the rape and began bleeding. Presnell then said that he was going to take the eight-year-old girl back to his car and that the older girl should wait for him. On the way back to the car, eight-year-old girl tried to run away, but Presnell caught her and forced her face underwater in a creek, drowning her. The medical examiner testified that there was water, sand and plant matter in her lungs and stomach and that it would have taken one to several minutes for her to die. She had bruises on her neck and a bruise on her back from where Presnell apparently placed his knee. Presnell returned to the older girl and again forced her to orally sodomize him. He then locked her in his car trunk and began driving, but a tire went flat so he dropped her off in another wooded area after forcing her to commit oral sodomy again. Although Presnell told her he would return, the older girl heard the sound of a nearby gas station and walked there. She later gave police a description of Presnell and his blue Duster and stated that his tire was flat. Shortly thereafter the police spotted Presnell changing a tire on his blue Duster at his apartment complex not far from where he dropped off the older girl. Presnell initially denied everything but later admitted that he knew the location of the missing girl and led the police to her body. He also confessed. A search of Presnell’s bedroom uncovered a handgun and child pornography depicting young girls.

Presnell was indicted in the Superior Court of Cobb County, Georgia, for malice murder, rape, kidnapping and kidnapping with bodily injury. Presnell was originally convicted on all charges and sentenced to death on August 26, 1976; however, his death sentence was subsequently vacated due to an improper closing argument by the prosecution during the sentencing phase.  Presnell v. Zant, 959 F.2d 1524 (11th Cir. 1992). Presnell’s resentencing trial was conducted on February 22 – March 16, 1999, and Presnell was resentenced to death. Thereafter, Presnell filed a motion for a new trial, which was denied on November 3, 2000.

Presnell filed a petition for a writ of habeas corpus in the Superior Court of Butts County, Georgia, on October 16, 2002. An evidentiary hearing was held on June 2, 2004. On January 24, 2006, the state habeas corpus court entered an order denying Presnell state habeas relief. The Georgia Supreme Court denied Presnell’s appeal on November 6, 2006.