DOJ Charges More Than 14,200 Defendants With Firearms-Related Crimes in FY20

The DOJ announced it charged more than 14,200 defendants with firearms-related crimes during FY2020, despite the challenges of COVID 19 and its impact on the criminal justice process. 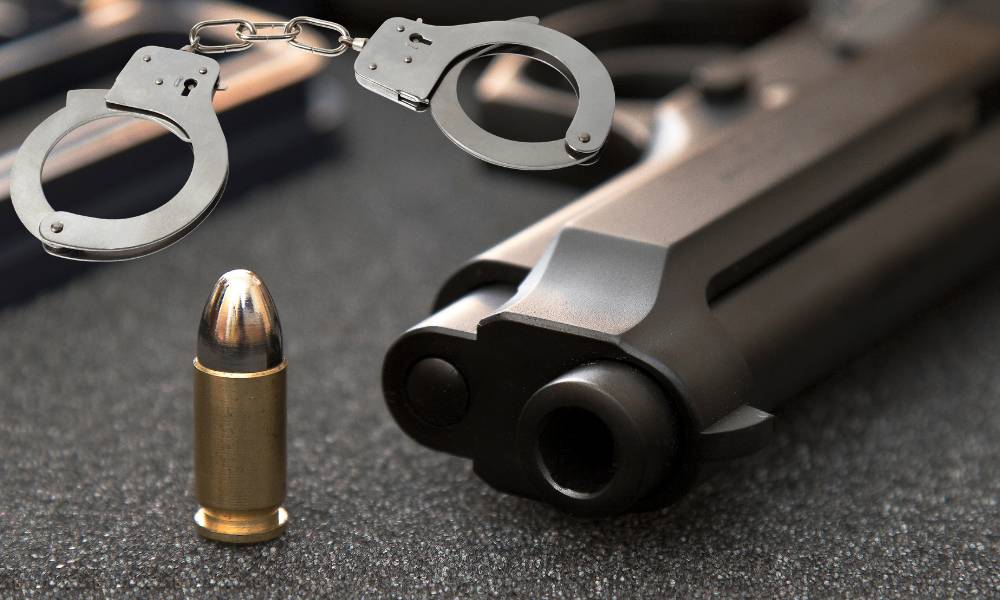 The Department of Justice announced it charged more than 14,200 defendants with firearms-related crimes during Fiscal Year (FY) 2020, despite the challenges of COVID 19 and its impact on the criminal justice process. These cases have been a Department priority since November 2019 when Attorney General William P. Barr announced his commitment to investigating, prosecuting, and combatting gun crimes as a critical part of the Department’s anti-violent crime strategy. These firearms-related charges are the result of the critical law enforcement partnership between United States Attorneys’ Offices and the Bureau of Alcohol, Tobacco, Firearms and Explosives, led by Acting Director Regina Lombardo, who has made firearms-related investigations a priority.

“The number one priority of government is to keep its citizens safe,” said Attorney General Barr. “By preventing firearms from falling into the hands of individuals who are prohibited from having them, we can stop violent crime before it happens. Violating federal firearms laws is a serious crime and offenders face serious consequences.  The Department of Justice is committed to investigating and prosecuting individuals who illegally buy, sell, use, or possess firearms. Reducing gun violence requires a coordinated effort, and we could not have charged more than 14,000 individuals with firearms-related crimes without the hard work of the dedicated law enforcement professionals at the ATF, our U.S. Attorneys’ Offices across the country, and especially all of our state and local law enforcement partners.”

“Protecting the public from violent crime involving firearms is at the core of ATF’s mission,” commented ATF Acting Director Regina Lombardo.  “Every day the men and women of ATF pursue and investigate those who use firearms to commit violent crimes in our communities, many of whom are prohibited from possessing firearms from previous convictions.  ATF, in collaboration with the U.S. Attorneys’ Offices across the nation, is committed to bringing these offenders to justice for their egregious and violent criminal acts.”

“Our mission is to get these illegal guns off the street before they cause even more damage in our neighborhoods, stated United States Attorney Matthew Schneider.  “Despite the enormous challenges of the pandemic, our law enforcement partnership rose to the challenge and we actually filed more illegal gun cases this year than we did last year.”
Of the more than 14,200 cases charged, 189 cases have been brought by the Eastern District of Michigan, announced U.S. Attorney Matthew Schneider.

Under federal law, it is illegal to possess a firearm if you fall into one of nine prohibited categories including being a felon, illegal alien, or unlawful user of a controlled substance. Further, it is unlawful to possess a firearm in furtherance of a drug trafficking offense or violent crime.  It is also illegal to purchase – or even to attempt to illegally purchase – firearms if the buyer is a prohibited person or illegally purchasing a firearm on behalf of others. Lying on ATF Form 4473, which is used to lawfully purchase a firearm, is also a federal offense.  The Department is committed to prosecuting these firearms offenses as well as using all modern technologies available to law enforcement such as the National Integrated Ballistic Information Network, known as NIBIN, to promote gun crime intelligence. Keeping illegal firearms out of the hands of violent criminals will continue to be a priority of the Department of Justice and we will use all appropriate, available means to keep the law abiding people of this country safe from gun crime.