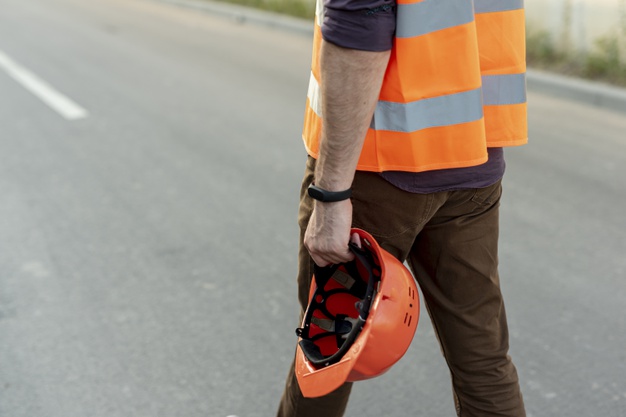 A Columbus man who crisscrossed Georgia while committing a series of robberies in a construction vest has been sentenced to 20 years in federal prison.

Lawrence Dominique Franklin, 37, of Columbus, Ga., was sentenced to 240 months in prison by U.S. District Judge William T. Moore Jr. after pleading guilty to Armed Bank Robbery, Bank Robbery, and Interference with Commerce by Robbery, said David H. Estes, Acting U.S. Attorney for the Southern District of Georgia. After completion of his prison term, Franklin will be required to serve five years of supervised release.  There is no parole in the federal system.

“A previously convicted armed robber, Lawrence Franklin had been out of prison for barely four months before he took up a weapon and threatened store clerks and bank employees in multiple violent robberies across Georgia,” said Acting U.S. Attorney Estes. “Our law enforcement partners did an outstanding job in identifying Franklin and bringing him to justice, once again removing this menace from our streets.”

“In the course of a week, Lawrence Franklin charted a path of violence and mayhem from one end of Georgia to the other,” said Kurt R. Erskine, Acting U.S. Attorney for the Northern District of Georgia. “Thankfully, quick and collaborative action on the state and federal levels led to the defendant’s capture and has brought him to justice.”

“This violent criminal will be imprisoned for many years, without parole, where he will no longer be able to threaten our communities,” said Peter D. Leary, Acting U.S. Attorney for the Middle District of Georgia. “I commend our federal, state and local law enforcement officers for tracking this defendant across the state and bringing him to justice.”

As described in court, documents, and testimony, Franklin was released in July 2019 after serving more than 11 years in state prison for armed robbery. He then began a violent crime spree that started November 25, 2019, when he entered a Wells Fargo Bank in Columbus, Ga. wearing a construction worker vest, pointed a gun at the manager and threatened to “blast” several bank employees. Before departing, he stole thousands of dollars from multiple teller stations.

Three days later, again wearing a construction worker vest, he robbed a Dollar General store in Savannah, forced an employee to open the store safe, and fled with a large amount of cash. The next day, he robbed a Wells Fargo Bank in Newnan, Ga., again by revealing a gun from underneath a construction worker vest and threatening to shoot bank employees.

Franklin told law enforcement officials that, to facilitate his crimes, he kidnapped a woman and threatened to hurt her children unless she drove him from one robbery to the next and helped him escape.

Within three days of the Newnan robbery, Franklin was arrested in Atlanta. After grand juries returned separate federal indictments for the robberies, the cases were consolidated for plea and sentencing in the Southern District of Georgia.

“Franklin decided to continue his life of crime even after serving nearly a dozen years in prison,” said Chris Hacker, Special Agent in Charge of FBI Atlanta. “He clearly did not learn his lesson and continued to terrorize innocent civilians who were simply in the wrong place at the wrong time. Hopefully, those victims are able to take some comfort in the fact that he is going back to prison and won’t be a threat to them for a long time.”

Chattooga County FCA to Host Forged in the Faith