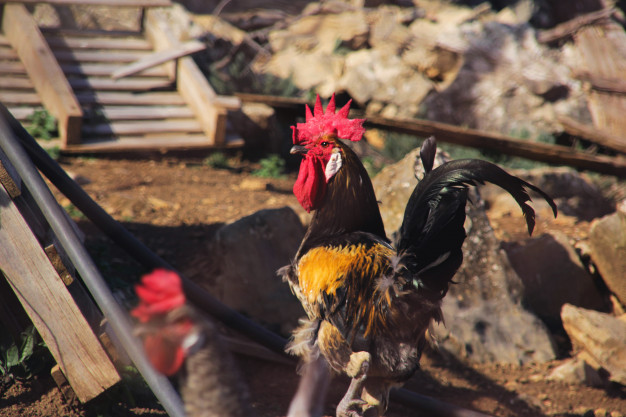 According to the U.S. Attorney’s Office for the Southern District of Georgia, a Burke County man has been sentenced to prison after admitting to operating a cockfighting venue.

William Shannon Scott, 49, of Midville, Ga., was sentenced to 16 months in prison after pleading guilty to Sponsoring and Exhibiting an Animal in an Animal Fighting Venture, said David H. Estes, U.S. Attorney for the Southern District of Georgia. U.S. District Court Chief Judge J. Randal Hall also ordered Scott to pay a fine of $2,500 and a special assessment of $100 and to forfeit the land on which the fights were held, prohibited him from owning birds or fowl or engaging in cockfighting, and ordered him to serve two years of supervised release after completion of his prison term.

“William Shannon Scott’s sentencing represents the final trip to court for three men who operated illegal animal fighting venues in the Southern District of Georgia,” said U.S. Attorney Estes. “Thanks to outstanding work from our law enforcement partners, we have shut down these three animal cruelty arenas – and it should serve as a warning to those who would attempt to engage in this reprehensible practice.”

The owners of two other venues, Wendell Allan Strickland, 67, of Swainsboro, Ga., and Lanier Augustus Hightower, 65, of Lincolnton, Ga., currently are serving federal prison terms after admitting to similar charges.

As described in court documents and testimony, Scott operated a cockfighting venue called Little Sunset on his Midville property. The venue alternated weekend events with Strickland’s Emanuel County venue, The Red Barn. Scott was arrested in June 2020 on federal charges as part of Operation Sunrise, a multi-agency raid of a cockfighting tournament at his property in which nearly 200 possible defendants were identified. Six months earlier, the operation on Hightower’s farm in Lincoln County was the first of the three raided by law enforcement agencies during a cockfighting tournament in December 2019.

“These callous showcases of death are no longer in operation, thanks to our law enforcement partnerships,” said Jason Williams, Special Agent in Charge, U.S. Department of Agriculture-Office of Inspector General. “This agency has made animal fighting a high priority in order to demonstrate that these inhumane acts of cruelty to animals will not be tolerated.”

The investigation into animal fighting operations in the Southern District were led by the U.S. Department of Agriculture Office of the Inspector General (USDA-OIG) and in cooperation with multiple federal, state and local law enforcement agencies and the U.S. Attorney’s Office.

The U.S. Government has initiated forfeiture proceedings for the real property on which each of the three tournaments were held, while overseeing the forfeiture of more than $200,000 in cash from illegal betting along with knives and gaffs that were affixed to the animals during fights.