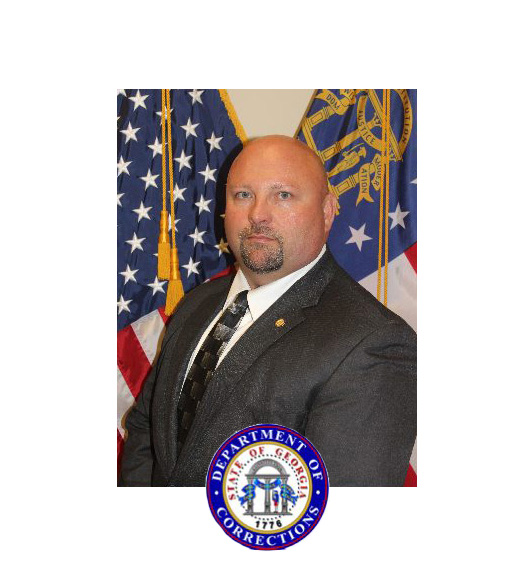 The Georgia Department of Corrections (GDC) Commissioner Timothy C. Ward announced the reassignment of Brian Chambers to Warden at Johnson State Prison (SP), effective February 1, 2022. As Warden, Chambers will be responsible for overseeing staff members and 1,612 medium security male offenders at the facility.

“Chambers has proven himself to be a dedicated and dependable leader throughout his tenure with the agency,” said Commissioner Timothy C. Ward. “We are confident that his correctional knowledge and experience will benefit the staff and  at Johnson SP.”

Chambers began his career with the Georgia Department of Corrections in 1997 as a Correctional Officer at Telfair SP. In 1999, he transferred to Montgomery SP and served in various positions, to include Field Training Officer Coordinator, Sergeant, Lieutenant, and Captain. In 2014, Chambers was promoted to Unit Manager at Georgia SP.  In 2015, he was promoted to Deputy Warden of Security/Care & Treatment at Montgomery SP, along with serving as the Southeast Regional Lead Hostage Negotiator.  In 2018, Chambers was promoted to Warden at Rutledge SP, and was reassigned to Rogers SP in 2019, where he currently serves. 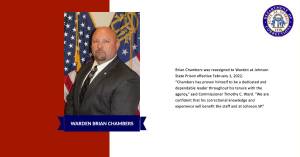