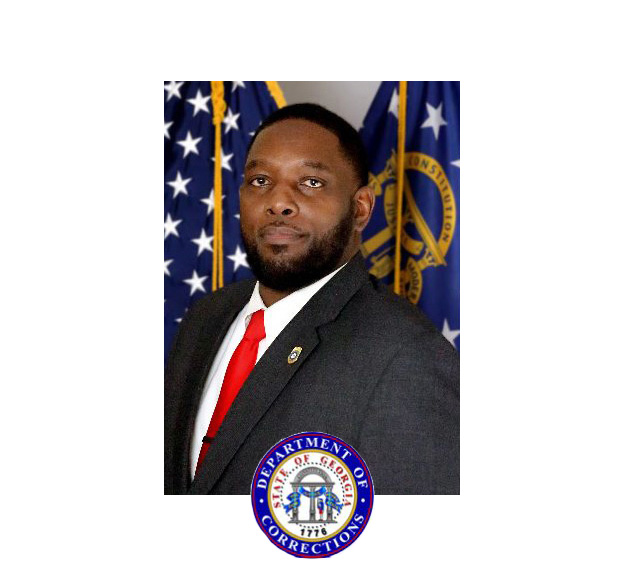 The Georgia Department of Corrections (GDC) Commissioner Timothy C. Ward announced the promotion of Antoine Caldwell to Warden at Georgia Diagnostic and Classification State Prison (GDCP), effective February 1, 2022. As Warden, Caldwell will be responsible for overseeing staff members and 2,700 close security male offenders at the facility.

“Caldwell has worked his way up through the ranks, while demonstrating exceptional leadership qualities in each position he has held,” said Commissioner Timothy C. Ward. “We are confident that his experience and correctional knowledge will benefit the staff and offenders at GDCP.” 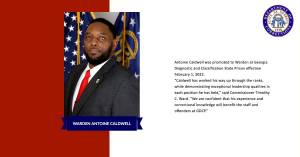