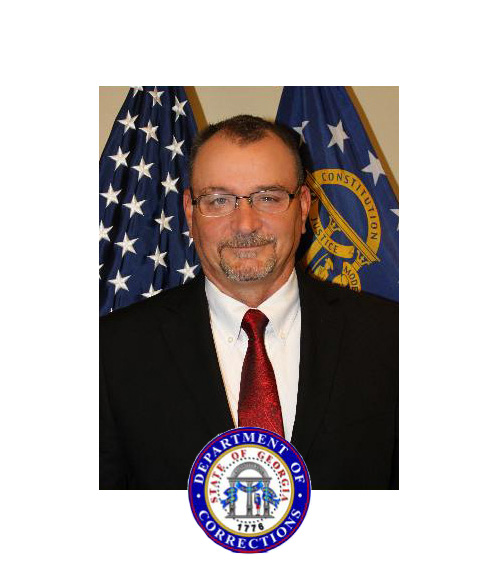 The Georgia Department of Corrections (GDC) Commissioner Timothy C. Ward announced the promotion of Tracy Page to Warden at Rogers State Prison (SP), effective February 1, 2022. As Warden, Page will be responsible for overseeing staff members and 1,391 medium security male offenders at the facility.

“During his 28-year tenure Page has consistently demonstrated his commitment to carrying out the GDC mission,” said Commissioner Timothy C. Ward. “We are confident that he will excel in his new role as Warden at Rogers SP.”

Page began his career with the GDC in 1994 as a Counselor at Milan SP. Upon the opening of Pulaski SP, he transferred to serve as a Substance Abuse Counselor in the Residential Substance Abuse Program. In 1996, Page transferred to Johnson SP/Wrightsville Youth Detention Center (YDC), where he served as a Counselor/Lieutenant in the Boot Camp with the Department of Juvenile Justice (DJJ). During his tenure with DJJ, he served as an Institutional Program Director/Major at the Boot Camp and at the Eastman YDC. In 2001, Page transferred to Rogers SP as the Chief Counselor until he returned to DJJ as an Assistant Director of the Eastman YDC. In 2011, he returned to GDC to serve as a Counselor at Smith SP, Georgia SP, and Appling Integrated Treatment Facility (ITF). In 2016, he was promoted to Assistant Superintendent at Appling ITF, and 2018, he was promoted to Superintendent at Bacon Probation Detention Center/Transitional Center, where he currently serves 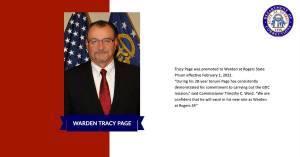