The suspects allegedly coordinated a staged accident involving a U-Haul and a car. 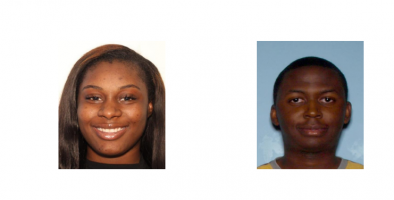 UPDATE: Special Agents in the Criminal Investigations Division at the Georgia Department of Insurance recently arrested Jarvis Lambert, 28, of Augusta, Georgia, after he turned himself into authorities.

On February 9, 2019, Teasley allegedly coordinated a staged accident involving a U-Haul and her car. She then is accused of filing a false insurance claim with RepWest and USAA for damages, resulting in warrants being taken out on her in Richmond County.

In 2018, Lambert allegedly manufactured and submitted multiple documents in an effort to obtain insurance funds on a claim. During the course of the investigation, Lambert admitted to falsifying documents on three separate claims, resulting in warrants being taken out on him in Richmond County.

“Though these individuals both reside in Richmond County, we believe these are separate, unrelated incidents,” said Insurance Commissioner John F. King. “We anticipate having both of these suspects in custody very soon.”

Insurance fraud is a felony punishable by imprisonment for two to ten years, or by a fine of up to $10,000.00, or both. To report suspected insurance fraud, contact the Georgia Department of Insurance Criminal Investigations Division at 800-656-2298. Callers can choose to remain anonymous.