OPINION: Dr. Carl Wieland says many people have questions about race and culture, but are afraid of being labeled as ‘racist’ for asking these questions. However, there are answers that reject both racism and political correctness.
He discusses this in a Q&A in this week’s Faith Column. 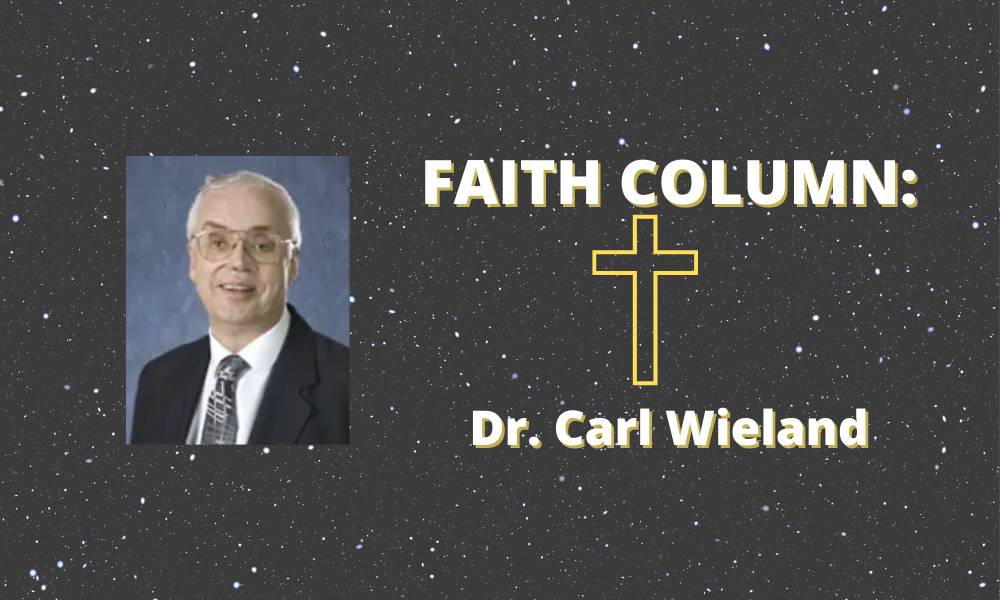 By: Dr. Carl Wieland During his over four decades in creation ministry, Carl authored numerous articles in Creation magazine (of which he was editor-in-chief), on creation.com, and in the associated in-depth Journal of Creation (formerly TJ). He was the executive producer of CMI’s 2009 documentary on Darwin, The Voyage that Shook the World.

Before I start my question I wish to clear up any misunderstanding that it may cause. Firstly I am a committed Christian and am fully engaged in the creation story as stated in Genesis. I have been on several short mission trips to Asian countries. I have a small amount of aboriginal heritage in that my great-great-grandfather was aboriginal. I am in no way racist. Having said that, it is not hard to notice that nearly all the great thinkers throughout history were from other than the black races. We see mathematical theorems from the Greeks, as well as poets and philosophers, names such as Homer, Socrates, Pythagoras, statesmen such as Alexander the Great, Julius Caesar, more recent achievers such as Galileo, Isaac Newton, William Shakespeare, Beethoven, Mozart, Basil the Great, George Washington, Da Vinci, whilst all during this time aboriginals were living in bark huts and throwing sticks at kangaroos, never having a written language or ever developing a mathematical theory or a scientific discovery. The same for those in the jungles of South America or the fields of Africa, or the South Pacific Islanders. Whilst these groups may have a rich culture of their own it has never extended to the advanced thinking of other groups and gave no continuing legacy.

I know there was no curse on Ham and that black people are not a curse, and I have read some of your articles on the ‘curse’, but I just can’t understand why the great thinkers of all time came from outside the black groups, realizing that some were not exactly white either, but while the Greeks, Romans, etc. were so advanced in many areas such as maths and astronomy, other groups were and still are living a subsistence life and show no ability to do otherwise.

Many people have questions about race and culture, but are afraid of being labelled as ‘racist’ for asking these questions. However, there are answers that reject both racism and political correctness. – Creation.com

Thanks for writing in. I am not assuming that you or your question are coming from a racist perspective (although was the ‘throwing sticks at kangaroos’ comment really necessary? Someone who had seen a traditional Aboriginal hunter skillfully using the incredibly designed and aerodynamically efficient weapon known as the hunting or killer boomerang, might not use a term which suggests that this is somehow a sign of ‘primitivity’).

I’m glad that you accept the Bible’s history—that will make answering your question easier. We’re all descended from Noah’s sons, who exited the Ark around 4500 years ago. The entire population mixed until the dispersion at Babel broke humanity into separate groups. Of course, there are genetic variations in intelligence among individuals just as there are for most, if not all traits. So it is possible in principle that, just as some groups inherited the genes for greater sun protection than others (though all have the same sunscreen chemical in our skin, just varying amounts of it), some groups might have been inherently more or less intelligent than the other. But for one thing, it would not be statistically likely that this would be a huge difference; and in any case the bulk of data available points to the fact that such differences are either trivial or non-existent. And any such variations that might exist would certainly be drowned out by the ‘noise’ of the variation in personal (and group) outcomes caused by major differences in culture and upbringing. Which makes sense when we consider the outstanding examples of brilliant people of African or Aboriginal descent. I strongly recommend getting my recent extensive book One Human Family, which covers these issues in a lot more depth and detail; it is not a politically correct tome, and grasps the nettle in squarely facing exactly these sorts of different group outcomes in history. In particular, it has a detailed section, based on firsthand (and current) involvement of my own doctor daughter in Aboriginal communities.

Note too, the conclusion you have drawn from the fact that there are subsistence-type groups today; rather than saying that there is no overall tendency for the groups to abandon that lifestyle (debatable, anyhow), you make the unwarranted leap to saying that they “show no ability” to do otherwise than live a subsistence life. There are instances galore in which someone from a group which generally lives such a subsistence life, given the opportunity and the right environment/upbringing, does otherwise ‘in spades’. Think too of, for example, the many African-American PhDs, lawyers, fighter pilots, scientists, etc. whose ancestors lived a subsistence lifestyle and were also assumed at that time to be inherently incapable of aspiring to much more, let alone achieve.

In short, the disparities that exist are not in innate intelligence on a population level, but culture (in the broadest sense of that word). So let’s go back to the dispersion at Babel. The groups that were separated by language would have had different distributions of skills and ‘know-how’. Some groups would have the knowledge to set up governments, architecture, etc. We see civilizations like Sumer and Babylon arise nearly overnight. Other groups would have very little of that. If you and 20 members of your immediate and extended family were isolated from the rest of society, for instance, how would you fare? You’d likely be reduced to ‘stone age’ technology very quickly, and have to use every bit of intelligence and cunning to secure shelter and food. Even if you happened to have a Ph.D. in that group, there wouldn’t be the time or leisure to have philosophical dialogues. And when you consider the low literacy rate in the ancient world, it wouldn’t be too unlikely that such a group wouldn’t have someone capable of writing down anything for posterity. So you see the factors that would allow or limit intellectual development have nothing to do with intelligence. There’s also a high likelihood that skills of the original group that didn’t directly aid survival would be lost in future generations, see Losing ancient technology.

We see some ancient groups that became ‘civilized’ by Western standards fairly quickly—like China and Greece, for example, and these are the cultures that produced ‘great thinkers’. Other groups, like the Aborigines, Native Americans, Inuit, and others retained a more tribal culture. Written language in the former cultures doubtlessly fostered intellectual discoveries—we can see in history how something as simple as the Arabic numeral system can revolutionize the way we think about mathematics; written language is a similar leap because suddenly it’s possible to store information without relying on memory. And that’s generally how technology advances; not from people becoming smarter (in fact the biological evidence indicates that humanity is deteriorating in terms of innate brainpower, thanks to accumulating mutations). Rather it has to do with new discoveries being stored and transmitted, and then another person or generation builds on those existing ones.

Your list of musicians is also affected by the same argument. First, there’s the matter of musical taste—very few sorts of music are universal enough to transcend time and culture. Singing is an almost universal human trait; it’s safe to assume that most cultures created music. But not all cultures had the means to create musical instruments and the leisure to learn to play them, and not all cultures have musical notation. So it’s very possible (probable, even!) that there were some great African song writers, for example, but their music simply could not be preserved.

More than anything, intellectual and musical expression on a population level (so leaving out the consideration that an individual might not have the intellectual firepower) seems to be influenced by the culture. Is there written language/musical notation? What sorts of intellectual pursuits are encouraged and approved of by the community? How open is the culture to individual expression? In what ways does the culture subsidize or patronize artists or intellectuals? All of these factors influence whether or not ‘great thinkers’ will arise, and whether their work will be preserved for future generations. Also, of course, the philosophy of the culture. It has already been well documented that it is no coincidence that the huge strides of science and technology that arose in Western Europe were shortly after the Reformation put the Bible into the hands of everyman. See The Christian roots of modern science. But it is also no coincidence that the greatest period of art and music was also in Christianized Europe, with music seen as an expression of giving glory to God for His great salvation. Consider Bach, for example, and Handel’s Messiah. (Incidentally, it has been said, perhaps with some justification, that as the post-Christian West becomes increasingly more evolutionized, the music produced, by people of the same ethnicity as Bach et al, seems to have rapidly headed away from man created in the image of God glorifying his Maker and Redeemer, with some of it more closely resembling animal grunts).

Once again, given your interest in such matters, and at the risk of displaying author bias, I would recommend One Human Family; the link lets you see the table of contents as well as read some sample pages.