COLUMN: The DOJ Should Take a Free Market Approach to Tech

OPINION: Ryan Graham, Chair of the Libertarian Party of GA, says the power of big tech cannot be fixed in an anti-trust case. “The only goal of the regulators is to interrupt a market that is working, and manipulate the outcome.” 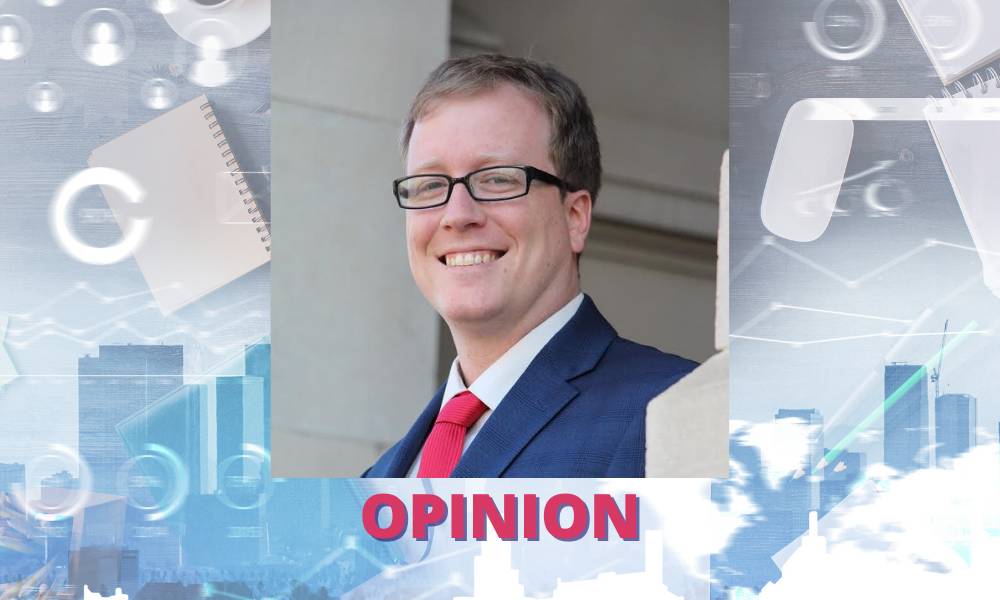 By: Ryan Graham
Ryan Graham has been the Chair of the Libertarian Party of Georgia since 2019. Prior to that he ran for Public Service Commissioner, a public entity in charge of regulating monopolies on utilities in Georgia, as a Libertarian.

American progress is a tug-of-war, a constant tension. On one end, entrepreneurs and customers, and on the other end, the heavy hand of regulators and vested elites. The U.S. Department of Justice has made anti-trust filings against Google. Now handling 90 percent of search traffic, Google’s algorithm is what people choose most often, and rely on most heavily. We have other options, but Google works better. Anti-trust suits target harmful or immovable monopolies, not companies which succeed by convincing customers several times a day that their product is still the best.

Legitimate concerns about the power amassing in Big Tech, including data privacy practices and freedom of speech, can’t be fixed by an anti-trust case. The only goal of the regulators is to interrupt a market that is working, and manipulate the outcome. Billions of people make the choice to use Google every day, and regulators disagree with those choices. They reject your choices and substitute their own.

Limiting your choices is a favorite pastime of bureaucrats and regulators, and just as common in Congress. Partisans with ideologies of envy profess that too much success is a sure sign of corruption, that economic power is a weapon and the job of the state is to break it. Some entrenched powers resent the rise of Silicon-Valley-Aristocracy and don’t mind seeing them targeted. These partisans serve their own interests and ignore the clear signs communicated daily by The People: in this case, people who choose to use Google search more often than Bing! or Yahoo.

Competitive markets (the collective actions of consumers) reward risk-takers and innovators with profits. Make a great product, people will use it, you get to invest in growing what you offer. The inverse is less celebrated, but just as important: when you’re making something consumers don’t want, or don’t want as much as what they actually choose, you take losses. This is the signal to recalibrate, adjust, look for an unmet need, then innovate there to stand out from competitors and win customers. If it works, consumers reward you with growth again. By suing Google because people use it too much, DOJ destroys these incentives and their economic signals. Either they will punish the company who provided the best product, or they will prop up competitors whose resources would be better off allocated to something people want. By blocking consumers’ choices, regulators guarantee wasted resources, disappointed consumers, and slower improvements than customer-driven-markets would otherwise provide.

Google search is so ubiquitous that its name has become synonymous with searching. But Google is not, economically speaking, a monopoly from which consumers need protection. Microsoft’s Bing (which also powers Yahoo! searches) holds 3-5% of market share, and is the default search application installed on Apple’s two billion devices. DuckDuckGo provides search without logging personal data, and has grown 100% in two years amid concerns about privacy.  Competitors exist, and distinguish themselves from Google by offering desirable alternatives to customers.

Over half of product searches now start on Amazon. When we search Hotels.com or Yelp! for a recommendation, book a ticket with Kayak or check IMDB, we’re using niche products which serve our needs better, all of which compete with Google. 20 search engines and countless more sources of information make the internet accessible without Google. Customers choose Google because they prefer the product – personalized search results. It’s the same reason they flocked to upstart Google from Lycos, AltaVista, and AskJeeves.  And Google will not keep the top spot forever.

Anti-trust lawsuits are laughably bad at anticipating market shifts, especially in technology. In 2005, regulators blocked a proposed merger of industry giants Blockbuster and Hollywood video. In a few years, both companies were out of business as consumers fell in love with streaming video. We can be fairly certain streaming would have killed the video store, even if the blocked merger had gone through. Consumers made the choice to buy something different.

This spring, when every meeting in the country went online, Microsoft Teams, Skype, GoToMeeting, and GoogleMeet were all available. But upstart ‘Zoom’ seemed to meet users’ needs best. Like “Google it,”  “Can we Zoom?” jumped from a barely-known startup to synonym status. When it stops being the best fit for users’ needs, they will abandon Zoom like they did Friendster and MySpace, headed toward whatever’s next.

No regulator, no agency, no congressional committee had to tell consumers to want Zoom, or to ignore the big, familiar teleconferencing players. Millions of individuals made choices. The result was a market shift.

Google continues to thrive because it innovates. It drops offerings that don’t work, builds out features that users request, and continues to create new value for customers. And while there are plenty of valid concerns about the bargains Americans have made with Big Tech, ‘abusive monopoly’ isn’t one. Alternatives exist, and to the extent we choose Google, it’s because the company is serving us well.

When customers are done doing business with Google – as unlikely as it seems, history shows us that even giants fall when preferences change – they will seek out one of many alternatives, existing or yet-unknown.

The Justice Department’s suit is a farce, a political ploy that will waste untold tax dollars and man hours while providing little value – and certainly no ‘justice’ to the nation. Given that DOJ investigates police misconduct and other violations of Constitutional rights, their time would be better spent protecting Americans from the kind of searches they don’t choose.