FAITH COLUMN: Can you love Jesus and reject His Word?

OPINION: “Some say we should ask what Jesus teaches, not what the Bible teaches. Why cannot people see this inconsistency?” 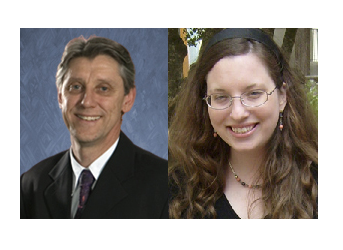 Andy Stanley, pastor of Atlanta’s North Point Community Church which averages 36,000 people per week across 6 campuses, recently presented a 3-part series of messages.1 In the series, he teaches that the Old Testament and the New Testament contradict each other, and that Christians should not ask “What does the Bible say?” but “What does the New Testament say?” or “What does Jesus say?”, and that we should not look to the Old Testament or the Ten Commandments for Christian norms.

An instinctive reaction might be to simply label Stanley as a dangerous false teacher. But to be able to respond graciously and effectively, it’s helpful to try to understand his motivation, and show that a stance that honors the entirety of God’s Word answers his concerns more effectively than his proposal, which actually has been shown to empty the churches faster, rather than stem the tide of youth exiting the church.2

What should be the foundation for our faith?

Stanley says the Bible should not be the foundation for our faith, because then if the Bible is shown not to be 100% true, our faith is in danger.3 However, if we remove 2/3 of the Scriptures, what is left of the faith to pass on to the next generation? The historical claims, like the global Flood and what Stanley refers to as “the creation myth” are the foundation not just for the Old Testament, but for the theology of the Gospel for the New Testament authors as well.

His teachings betray a serious lack of trust in God’s Word, and he seems to show more respect to the New Atheists, who he quotes as men of integrity and intelligence, than he does to the Old Testament. Compare this to the Apostle Paul, who said that “All Scripture is breathed out by God and profitable for teaching, for reproof, for correction, and for training in righteousness” (2 Timothy 3:16). Paul was speaking about the Old Testament here.

And every time Jesus referred to the Scriptures, that settled the issue. If something had been communicated wrongly, He had ample opportunity to say, “Hey wait a minute, fellas, you’re taking this whole Word of God thing too seriously!” Luke 24:27 says that after the resurrection, Jesus took time to have a Bible study with the disciples on the Road to Emmaus, and “beginning with Moses and all the Prophets, he interpreted to them in all the Scriptures the things concerning himself.” Jesus said, “Scripture cannot be broken” (John 10:35). Paul’s method of evangelism was to reason with the Jews from the Scriptures (Acts 17:2). Paul also says that “whatever was written in former days was written for our instruction” (Romans 15:4). That means that the Old Testament was written ultimately for Christians! Paul instructed Timothy to devote himself to the public reading of Scripture—the Old Testament, even though Timothy was ministering to a church of mostly Gentiles (1 Timothy 4:13).

Every New Testament doctrine rests on the Old Testament’s historical precedents.4 This is the self-evident position of Jesus and the Apostles and the early church. As Christians, we must not sell our birthright of the entire canon of Scripture just to try to gain respectability with unbelievers.

Are people leaving the church because of the Old Testament?

At the very beginning of the first sermon in the series, Andy Stanley says,

At least we can be charitable as to his intentions of keeping people in the faith, but what sort of faith will it be? This method was tried once before by Bill Hybels’s Willow Creek Church, which became known as the ‘seeker sensitive’ movement. After conducting a multi-year study of results, an article noted:

“If you simply want a crowd, the ‘seeker sensitive’ model produces results. If you want solid, sincere, mature followers of Christ, it’s a bust. In a shocking confession, Hybels states: ‘We made a mistake. What we should have done when people crossed the line of faith and become Christians, we should have started telling people and teaching people that they have to take responsibility to become ‘self feeders.’ We should have gotten people, taught people, how to read their Bible between services, how to do the spiritual practices much more aggressively on their own.’”5

But Stanley’s response to this perceived rejection is to say that the Old Testament is not meant to be the foundation of the Christian’s faith, despite the NT authors basing their theological teachings on the Old Testament. The correct response is not to jettison the Old Testament, but to stand more firmly on the whole of Scripture and show people their error. And thankfully there is a huge wealth of resources to draw on, from Scripture itself to the Church Fathers to the Reformers to great modern apologists and commentators. The very reason CMI exists is to bring this sort of information to churches.

Stanley has no excuse—it appears he has just not bothered to find out if there is this sort of information to support the Bible’s history. Instead, he tacitly accepts a secular, that is, non-Christian, worldview being applied to the Bible. This is upside-down thinking.6

He says that we are sending kids out with a Sunday School version of the faith that isn’t going to hold up when they are confronted by a skeptical world. Ironically, we couldn’t agree more. But rather than discarding the Old Testament, we embrace it and stand on it as the solid foundation Jesus and the New Testament authors believed it to be. As our FALLOUT student survey showed,2 it was the unchallenged acceptance of evolution that was the major reason for youth discarding the Christian faith.

And again, our FALLOUT DVD showed that when college students are taught in church that the Bible’s account of creation is true and historical, and are given evidence to defend it, they were more likely to maintain their faith after they left home.

This should be an encouragement as to the whole truth of Scripture, that will help build a fully-formed worldview that can withstand the secular attacks they are likely to encounter in college. Sadly, instead of equipping his church to combat these anti-Christian assumptions, Stanley seems to have accepted them.

When a major, influential leader teaches in such a way, we have no option but to highlight his errors. For example, Stanley had a throwaway line where he mentioned “the Genesis creation myth” as something that might be a stumbling block to people. Calling it a ‘myth’ reveals a lot about Stanley’s view of creation and of the Old Testament in general. He seems to think it’s untrue and actually an impediment to people coming to faith if we insist on it.

However, the rest of Scripture praises God as the Creator. Creation in six days, and God’s rest on the seventh, is the model for the Sabbath in the Mosaic Law (Exodus 20). Jesus says, “from the beginning of creation God made them male and female” and referred to “righteous Abel” as the first martyr. He compared the global effect of His second coming to Noah’s Flood, as did Peter. Paul explained that the fact Adam was made first, then Eve, and Eve’s deception have implications for church order today. Luke traces Jesus’ genealogy back to Adam. Paul insists that we get salvation from Christ in the same way that we get sin from Adam, and he even goes back to Adam to explain the resurrection body (1 Corinthians 15).

This means that creation isn’t an optional doctrine for Christians. We have an all or nothing type of faith, and the authors of Scripture were confident enough in God’s Word to maintain that even in a hostile culture.

Andy Stanley made statements throughout the series to the effect that naïve belief in the Old Testament may have been okay for previous generations, but this generation is leaving the church because of the Old Testament, and we have to do something, or we will lose them. But Christianity has faced hostile audiences for 2,000 years. The Athenians didn’t like the doctrine of the resurrection—and that was the climax of Paul’s Areopagus sermon. That wasn’t accidental, and we know that because wherever Paul was preaching the Gospel, he was emphasizing the parts that were the stumbling blocks to the culture. This is known as ‘objection overcoming’. He insisted that where the Gospel challenged the culture, Christians had to choose the Gospel over the culture, and he showed the non-believers that the Gospel had a basis in history and truth. He also did this regarding the way masters treated their servants, in the way husbands treated their wives, in the way they viewed people of different social standing, and in the way they worshipped God.

Looking at how Paul used his biblical worldview to confront the culture and explain doctrine in his letters, it’s a glaring contrast to Stanley’s wholesale surrender of 2/3 of his Bible because of a few ‘garden-variety atheists’, with their tired, old arguments that have been answered time and again. If this is what he does with some ridicule, one wonders what he would do in a place in the world where Christians are persecuted or even martyred.

You cannot love Jesus without loving his Word—all of it.

Andy Stanley says we should ask what Jesus teaches, not what the Bible teaches. But how does he know what Jesus taught except from the Bible? And it’s clear that Jesus completely accepted the OT’s history, He loved God’s Word, and He teaches us to do so, as well. Why cannot people see this inconsistency?

Congressman Jody Hice: “Dr. Rich McCormick is a man you can count on”
Hogan: Georgians have a long history of fighting for our civil rights
Posting....