COLUMN: Temple; How We Got In This Water Bond Mess 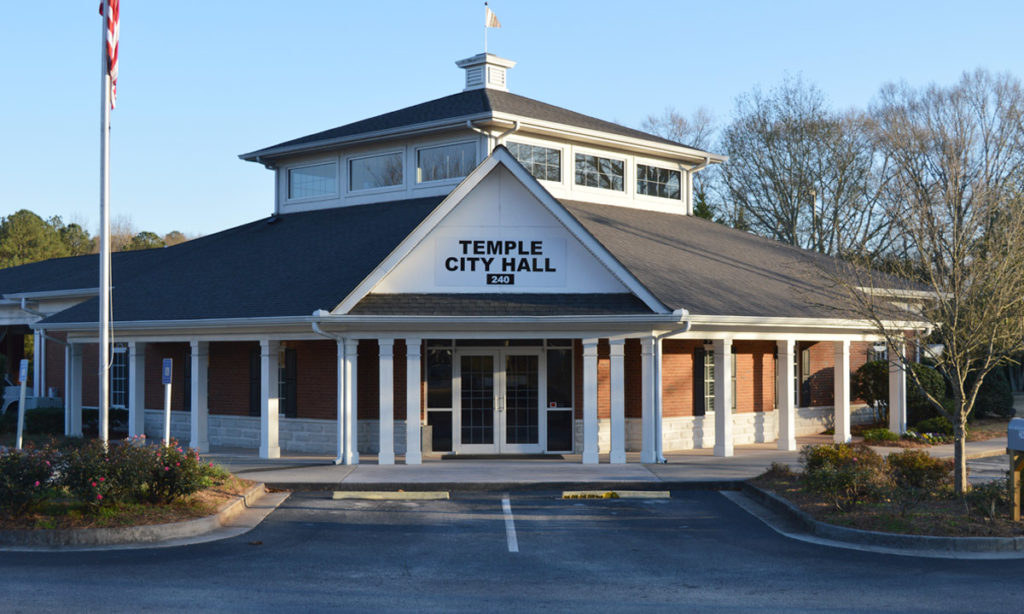 The following article is an opinion piece by All On Georgia Contributor Penny Ransom. The following opinions expressed reflect those of the author and not necessarily those of AllOnGeorgia.

A simple truth to remember is that the only money any government has to spend; comes from its citizens.

Counties and municipalities incur cost for things such as public safety, road ways, utilities, water and sewer facilities, employees, maintenance and recreation departments, just to name a few. The common thread of accountability lies within the simple question; does the expenditure benefit the citizens?

The revenue collected to pay for services offered by a city is generated by property taxes, business taxes, excise and ad valorem taxes, LOST and SPLOST taxes. What makes the job of those elected into public office challenging is learning how to balance the collection of tax funds needed to pay for the cost of services against the bills as they come due for the cost of those services. The bills tend to come due in a consistent manner while the collection of tax funds needed to pay the bills can be extremely varied.

Example: property taxes are broken down into current year collections and prior year collections while being collected a year following their assessments, a slump in the economy or a loss of business can drastically affect LOST and SPLOST revenue. Many variables can affect the income stream needed to pay the expenses already incurred. This is where the importance of maintaining a city budget comes into play and the publics right to have access to it. When a city foresees the need to expand or improve on an offered service prior to the funds being collected to pay for it, they have the option of raising the capital needed through the issuance of municipal bonds.

When this occurs, the cost of the project becomes the obligation of not only the current residents but the residents of the future who may move into the city during the life of the bond. The two most common type of muni bonds are Revenue Bonds and General Obligation bonds. A Revenue bond pledges the revenue earned from the project to pay off the debt. Normally, it only requires a vote of the elected body to enter into. Example: GA 400 was funded in part by revenue bonds, tolls were charged to drive on the roadways and the funds collected were used to buy back the bonds until the debt was paid off, more than three years early, saving tax payers more than 1,000,000 dollars in interest. Once the bonds were paid off, eventually the tolls were removed.

A General Obligation bond pledges the full faith and credit of the city to pay back the money borrowed for a project. That means all tax dollars collected can be used to make good on the debt, including the promise to raise property taxes at any time to whatever level needed to “buy back the bonds.” This type of bond normally requires the assent of a majority of the qualified voters of the local government voting on a referendum held for the purpose of the G.O. bond.

In 2003 the city of Temple entered into a revenue bond agreement with the Carroll County Water Authority to expand the sewer system. The revenue generated from the system was pledged to pay off the debt borrowed to upgrade the system. This promise of revenue included the money generated from charges for water and sewer usage, as well as the tap fees for new homes and businesses. Instead of paying off the debt and saving the citizens of Temple money in interest payments, the city council voted in 2010 to refinance these bonds after the letter of credit was called in, while also calling in the bonds from the public muni-bond market and privately placing them with the Bank of America. The current bonding agreement the City of Temple is now under is referred to as a “Refunding Revenue Bond with private placement”

The Refunding Revenue bonds were secured by a vote of the Temple City Council at a cost to the tax payers of over $500,000 dollars in early call in fees, not to mention the charges associated with the refinancing. This new agreement also included a financing structure that ended with a balloon note of 4.5 million dollars, due in full in January of 2021, just a little over 2 ½ years from now. Yet, these bonds were not just secured with just the revenue from the sewer system that it was originally borrowed to expand. Through a law that most citizens are not aware of, the city of Temple entered into an intergovernmental agreement with the Carroll County Water and Sewer Authority. In Georgia, a local government (the city of Temple) and an appropriate authority (i.e. the Carroll County Water Authority) together can avoid the referendum requirement for a General Obligation bond by engaging in an Contract Revenue Bond.  The intergovernmental contracts provision of the Georgia Constitution permits two or more public bodies to contract for terms up to 50 years. By doing this, it appears the residents of Temple were wrapped into a General Obligation bond pledging the full faith, credit and taxation power of the city without ever having the chance to vote on a referendum for it.

The residents are now on the hook with the Bank of America to pay whatever charges and rate increases are necessary for water and sewer usage while also being contracted to pay increased property taxes if it becomes necessary to pay the bond or the balloon note through the agreement contracted between city council members and the Carroll County water authority. In 2010 a legal add was taken out in the newspaper, notifying the public of the hearing in Superior Court regarding the matter, but most residents were not aware of this or their right to be heard and were focused instead on the massive rate increases that were being discussed at the council meeting while no other mention of the public hearing seems to have occurred.

In 2010 during the refinancing, the city council also agreed to move excess funds that were collected over the cost of the bond payment and operating expenses from the water and sewer fund into a separate account to begin to build the funds needed for either repairs or the 4.5-million-dollar balloon note.

That is a far cry from what is needed to defease this debt. Even with this knowledge, the city council has remained out of compliance with the Bank of America in regards to rate charges needed to generate the money for the yearly bond payment and interest as well as operating expenses.  SPLOST funds have comingled with General funds and Water and Sewer funds, attempting to offset debt on paper between the two accounts. While the county has slightly raised the cost of supplying water to the city of Temple, the city resales that water at a higher rate to those who live within the city limits. It is not the sole reason for the increases they are now discussing. With only two and a half years left to raise 4.5 million dollars to pay off a massive amount of debt owed on the bond or show perspective bond agents that they have the means to collect revenue, the city council seems to be either unclear or selectively quiet on the next plan of action. This attitude seems eerily similar to the same actions by a former council prior to the 2010 bond refinance.

Will they attempt to refinance this bond out longer than the life of the original loan? Will they utilize the Carroll County Water Authority again and attempt to contract another General Obligation Bond that pledges even the city’s property taxes if needed without allowing the residents to vote on the issue? Will they finally discuss the feasibility of paying off the debt and allowing the city of Temple the much needed breathing room to offer incentives to recruit business? Or will they continue in the moment, voting to spend precious tax dollars on items not in the approved budget; while not looking closer at what is looming down the road? Even as they discuss raising rates for water and sewer, no one is addressing that this expansion project will be 18 years old when the bond comes due in full while the council has consistently stated during open meetings that the plant is in desperate need of repairs and upgrades. How exactly do you sell that to a bank when looking for the refinance needed to push this debt further out and on to the backs of the next generation of Temple residents?

Bulloch Commissioners Vote to Lower Speed Limits
Column: Its time for Mayor Austin to step in and make his city comply with the law.
Posting....