OPINION: “The Church today seems to be fighting the battle on many fronts as an increasingly hostile culture encroaches upon our doors. The question we need to ask ourselves is, ‘will we be able to stand?’ 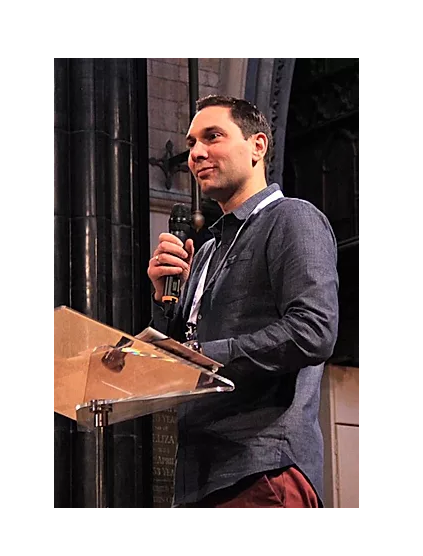 “Here I stand, I can do no other, so help me God”. These are the now famous words uttered by Martin Luther as he faced off with the powers of Rome. With his “conscience captive to the word of God” he stood firm in the face of a hostile crowd. Upon this act, the rallying cry of the Reformation was born—Sola Scriptura (by Scripture alone).

Similarly, the Church today seems to be fighting the battle on many fronts as an increasingly hostile culture encroaches upon our doors. The question we need to ask ourselves is, ‘will we be able to stand?’ Is our foundation strong enough to withstand the onslaught from a secular world? Or have we unwittingly destroyed our own foundations? Jesus said, “Everyone then who hears these words of mine and does them will be like a wise man who built his house on the rock” (Matthew 7:24).

The Word of God is the only sure foundation that can support us as we seek to withstand the challenges brought against the Christian faith in our world. The moment we step off the rock of God’s Word and place a foot on the sinking sands of popular culture, or seek to add the prevailing wisdom of men to the Word of God, we compromise our foundation. Scripture must occupy the supreme position in our thinking. The respected British preacher and author D. Martyn Lloyd Jones once said, “There can be no doubt whatsoever that all the troubles in the Church today, and most of the troubles in the world, are due to a departure from the authority of the Bible.”2

The Light shines in the darkness

For those of us who seek to uphold the authority of Scripture from the very first verse, we need to be aware of a new battle that is emerging with ever-increasing vigour. Not only must we engage with a culture that seeks to openly mock God and his Word—a culture that lauds the things that God opposes—we must also hold to account those from within our own ranks who claim that God’s Word in Genesis needs to be reinterpreted in light of evolutionary dogma.

Theistic evolution is on the rise and, rather surprisingly, its advocates seem to set their targets more on biblical creationists than upon the spiritual war waging around us. As paradoxical as this may seem, it is where we stand today! Such an overwhelming multi-directional attack can be disheartening. Yet at the same time we need not be alarmed if we stand on the right foundation.

The Word of God can shine brighter as the culture gets darker! The Gospel of John says that, “the light shines in the darkness, and the darkness has not overcome it” (John 1:5). The prophet Isaiah reminds us that, “The people who walked in darkness have seen a great light; those who dwelt in a land of deep darkness, on them has light shone” (Isaiah 9:2). There are no greater lights than Jesus and His Word. Why would we seek to stand on any other foundation? God is not looking for the strong or the popular, He is looking for the faithful. This is key to how the victory is won.

A light from Scripture

We do not walk this path alone. We have the examples of many great torchbearers who have gone before us. The prophet Daniel was taken captive to Babylon when he was just a teenager. In the midst of that pagan culture he was taught the literature and language of the Chaldeans. It was an attempt to re-educate him and remove any loyalty he had to the God of Israel. He was subjected to all the wisdom and culture of the Babylonians. This is a strategy that Satan still uses today. He wants us to find our identity, our entertainment, and even our religion in the culture where he operates as the “the prince of the power of the air” (Ephesians 2:2). How did Daniel withstand such an onslaught? We are given an enduring spiritual lesson. It says that Daniel “resolved he would not defile himself with the king’s food, or with the wine that he drank” (Daniel 1:8). He would not break the dietary laws given in the Word of God. He made up his mind beforehand that no matter the cost, he would not compromise the Word of God.

A light from history 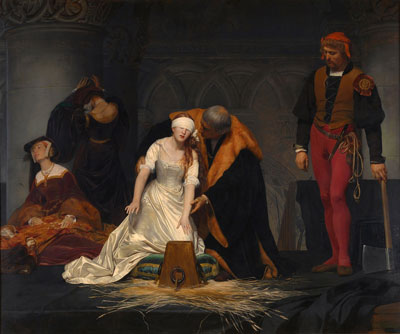 A little-known Reformation hero provides another clear example of how we should act in these times. Lady Jane Grey was Queen of England for nine days before she was overthrown, incarcerated, then executed by Queen Mary (aka ‘Bloody Mary’). Before Lady Jane’s execution, Queen Mary sent her spiritual advisor, Benedictine monk John Feckenham to persuade the 16-year-old Jane to leave her Protestant faith and return to Catholicism. In the ensuing dialogue we are given another spiritual lesson. Feckenham pushed her regarding the sacraments:

Feckenham: How many sacraments are there?

Feckenham: No, there are seven.

Lady Jane: By what scripture find you that?3

Lady Jane’s piercing final question should serve as the yard stick by which we size up all the claims and debates we see around us today: “Where is that in the Bible? What is your biblical authority for that teaching?” When people seek to fit deep time into Genesis, or imply that God used the evolutionary process in creating mankind, we must ask that very question: “Where is that in the Scripture?” This will quickly expose the foundation, whether it is the Word of God or the words of men.

In order to remain rock solid in this culture we need to make sure that we are standing on the Word of God.

In order to remain rock solid in this culture we need to make sure that we are standing on the Word of God. We do this every time we affirm the true history as recorded in Genesis, and by doing this we also confirm the Gospel which is rooted in that history. From this stance we can have full confidence that the gospel is constantly “bearing fruit and increasing” (Colossians 1:6) throughout the whole world.

As ambassadors for Christ, we have the responsibility to communicate this message of reconciliation to the world. Now is the time to be equipped for the battles that are being waged all around us. Now is the time to join with Martin Luther and declare to the world what he is reputed to have said in the presence of Charles V at the Diet of Worms, near Frankfurt in 1521, “Here I stand, I can do no other, so help me God.”4

COLUMN: Not What the Voters of Guyton Ordered
COLUMN: By faith … we understand!
Posting....