Column: Red vs Blue- My Team is Better Than Yours 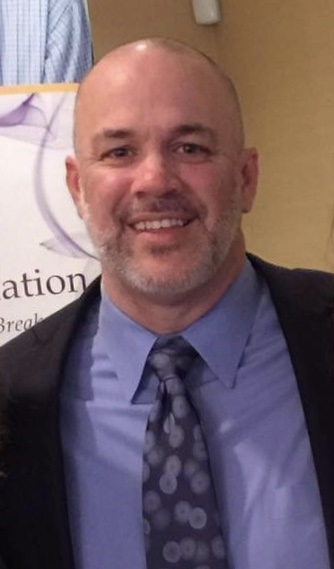 “We think the other side is blind to truth, reason, science, and common sense, but in fact, everyone goes blind when talking about their sacred objects.” – Jonathan Haidt

Rebecca Bigler is a Professor of Psychology at the University of Texas where she focuses on social stereotyping and prejudice amongst children. Most of her work focuses on gender and racial issues, but Bigler has conducted several studies in summer school programs where they put two different groups of kids in different colored shirts, red and blue or blue and yellow. Regardless of the color of the t-shirt, the teachers were told to treat each group equally and to identify and address each group by the color of their shirt. During class events and activities, the kids were also split into groups based on the color of their shirt.

After the summer program was over, Bigler ran several different tests with the groups. In her tests, she found that the kids became biased against the other colored shirts. The blue shirts preferred the blue and the red shirts preferred the red. Bigler also found that the kids assigned more positive traits to their group and more negative traits to the kids wearing the other color shirt. Bigler has been quoted as saying, “We have this view that you have to teach children to be biased,” she says. “This research shows that they’ll do it even if you don’t teach them.”

For decades psychologists and scientists have studied the human brain. One of the most popular studies is the memory and how the brain processes memories. Scientists have figured out that when we recall memories, we don’t remember the events as they truly are. We remember bits and pieces of the event, and our brains help fill in the gaps. Although we may think our memories are like are a video recording, they aren’t. Our memories are like a 250 piece puzzle our brains try to fit together. This puzzle is based on what we do remember as well as taking into consideration our understanding of the world around us. Our brains make a best-educated guess to help fill in the gaps and reconstruct the most likely scenario of what happened. The same thing happens when we are confronted with information that we don’t understand. Our brains work in concert with our eyes to best assess what is going on in front of us, but our current mood and past experiences can help influence how we perceive things. In other words, our perception is reality for us, and our perception is based on a lot of different factors. We lack the ability to be 100% objective.

Cognitive bias can be defined as a mistake in reasoning, evaluating, remembering, or other cognitive processes, often occurring as a result of holding onto one’s preferences and beliefs regardless of contrary information. Confirmation bias is when we seek out information that only confirms our beliefs. Years ago, before Google really became popular, I read an article that talked about how Google could “remember” our search results and the websites that we often visit. If you did a search on “Obamacare”, and you frequented the Fox News website a lot, the top results from Google would be Fox News and similar websites. Huffington Post and CNN wouldn’t be one of those websites. This was referred to as the “Google bubble”.

In my 20s I worked for a company in Norcross, but I lived in Kennesaw and commuted every day. I’d usually get to work about 15-30 mins early every day. After work, I’d head to the gym. I had a coworker who would usually get there 5-10 mins earlier than I did. His office was at the front of our building, and he had a great view of our parking lot. Every day I’d get out of my car and grab my belt from the backseat. Every day I’d walk into the office and my coworker would say to me, “Running late again today?’. I was always perplexed as to why he’d say this to me given I was always there early. One day we were at lunch and the subject of me running late came up. He asked me why I always had my belt in my hand when I walked into the office. I explained to him that I go the gym every day after work, and on the way to the gym I’d change clothes in my car in order to save time. I’d also just leave my clothes in my car overnight. After explaining this to him he said, “Hmm, I’d always just assumed you were running late and didn’t have time to get dressed at home so you put your belt on at work.”

There was one thing that my coworker and I could agree on, every day I got out of my car and walked into the office, I’d have my belt in my hand. That was a fact that neither one of us could argue. However, his perception around me holding the belt was totally different than my reality.

Right now our country, and county, is as divided as we have ever been. Every issue, regardless of where you stand politically, is a polarizing one. Nationally, we have blacks vs whites, Republicans vs Democrats, men vs women, and so on. Here in Paulding County, we have Republicans vs Democrats, anti-airport vs pro-airport, Republican vs Republican and so on. Every day I get online, and despite the social media I’m on, I see it. I see internet strangers calling each other names and denigrating each other. I see community members and neighbors doing the same thing. We use words like war, evil, enemy, and destroy in our language simply because someone disagrees with us. You’re either with me or you’re against me is the common theme that runs through these online shouting matches. We make assumptions about the people on the other end of our tirades. We can’t keep our conversations and debates to the topics or issues, we make it personal. We’re incapable of agreeing on facts.

Just as Bigler’s studies show, we assess who’s around us, who are perceived to be like-minded, and we choose our side. We then begin to develop our own biases about our groups. We think our team is better than the other, and we live our lives this way. We pick our tribe and we stick with it. Science tells us that we carry biases with us and those biases help influence how we perceive reality. We ignore facts that may be contradictory to our own beliefs, and we live in our own Google bubble. For a lot of people, perception is reality.

This isn’t a kumbaya we should get along article because as the studies and science show us, we aren’t designed that way. We aren’t meant to get along. However, that doesn’t mean that we should demonize the other side. That doesn’t mean that the other side is evil and wants to destroy everything we hold dear. It means that we all have our own perceptions, and we should accept and recognize that. We should identify and accept our biases. We should recognize that our views are shaped by our perceptions, and when we vote, our votes will affect our neighbors. We need to understand the impact that the policies we support have on those most affected by them. We should be open to listening to the other side and arm ourselves with facts, not opinions or perceptions. We should agree on the facts and start from there. If we don’t understand this, we won’t be able to move forward. There was a time when we could agree to disagree, but that’s no longer true. Most of us know that actions speak louder than words. Today, our words and actions speak volumes about who we are.