COLUMN: Black America: President Trump sees you, and he is fighting for you

OPINION: Dr. Alveda King says “[t]here is nobody who has fought to preserve these values more than President Trump, whose dedication to providing opportunities for all Americans enabled the black community to achieve record-setting prosperity before the pandemic brought much of the economy to a screeching halt.” 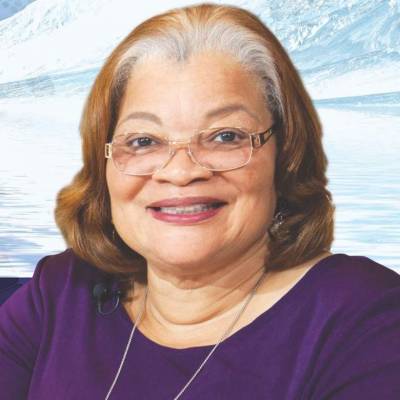 By: Dr. Alveda King. King is the niece of Dr. Martin Luther King, Jr. and daughter of King’s younger brother, Rev. A. D. King. She is a prominent American author, pro-life and civil rights activist and minister. She is a Fox News channel contributor and once served as a Senior Fellow at the Alexis de Tocqueville Institution, a Washington, D.C. think-tank. She is a former member of the Georgia House of Representatives and the founder of Alveda King Ministries.

My father, my grandfather, and my uncle — Prophet Martin Luther King, Jr. — all believed in the American Dream. They lived, cried, and died for it. If they were here today, they would pray and encourage our President to fight the good fight for uniting the American people as we fight the deadly coronavirus pandemic.

The spirit of America lies not in our physical characteristics but in our shared values of life and liberty. There is nobody who has fought to preserve these values more than President Trump, whose dedication to providing opportunities for all Americans enabled the black community to achieve record-setting prosperity before the pandemic brought much of the economy to a screeching halt.

Under the Trump administration’s business-friendly policies, black entrepreneurs had a “banner year” in 2018, experiencing 400 percent growth in a single year. This wasn’t just good for black businesses owners — it was good for black workers, too, since black-owned businesses employ black workers at a much higher rate. It was undoubtedly part of the reason that the black unemployment rate fell to record lows multiple times in the first three years of Donald Trump’s presidency.

Now, those same businesses are being disproportionately forced to shut down or severely limit their operations by social distancing laws. Meanwhile, black Americans are proving especially vulnerable to COVID-19, dying at a significantly higher rate than other Americans. Fortunately, the President has a plan to help the entire country get back on its feet.

The three-phase plan released by the White House contains detailed guidelines so that state and local officials can determine exactly when it’s safe to begin relaxing coronavirus-related restrictions and get people back to work.

In times of crisis, it’s important to have a leader who values every human life — especially the most vulnerable. As we all know, there is another silent killer stalking the black community. It is the destruction of the unborn through abortion, which kills black babies at a rate five times higher than white babies. Democrats say they care most about black life, but President Trump has set presidential records when it comes to preserving the life of unborn and partially-born babies. He is the first President, for instance, to attend the annual March for Life in Washington, D.C. since its inception 47 years ago.

More importantly, under his leadership, the number and rate of abortions across the country both dropped to their lowest levels since abortions became legal nationwide in 1973.

A national pandemic is not an issue of old versus young, black versus white, or Wall Street versus hospital workers. As the great Reverend Martin Luther King, Jr. once said, “We are caught in an inescapable network of mutuality, tied in a single garment of destiny. Whatever affects one directly affects all indirectly.”

If God was trying to send humanity a message through this crisis, it’s undoubtedly that all life is precious and interconnected, and when one of us falls, we all must help pick them up and carry them along. President Trump is following that divine guidance perfectly.

COLUMN: The Plan to Reopen Georgia Is Working Just Like It Should
COLUMN: Georgia families can trust President Trump to restore our prosperity after the pandemic
Posting....