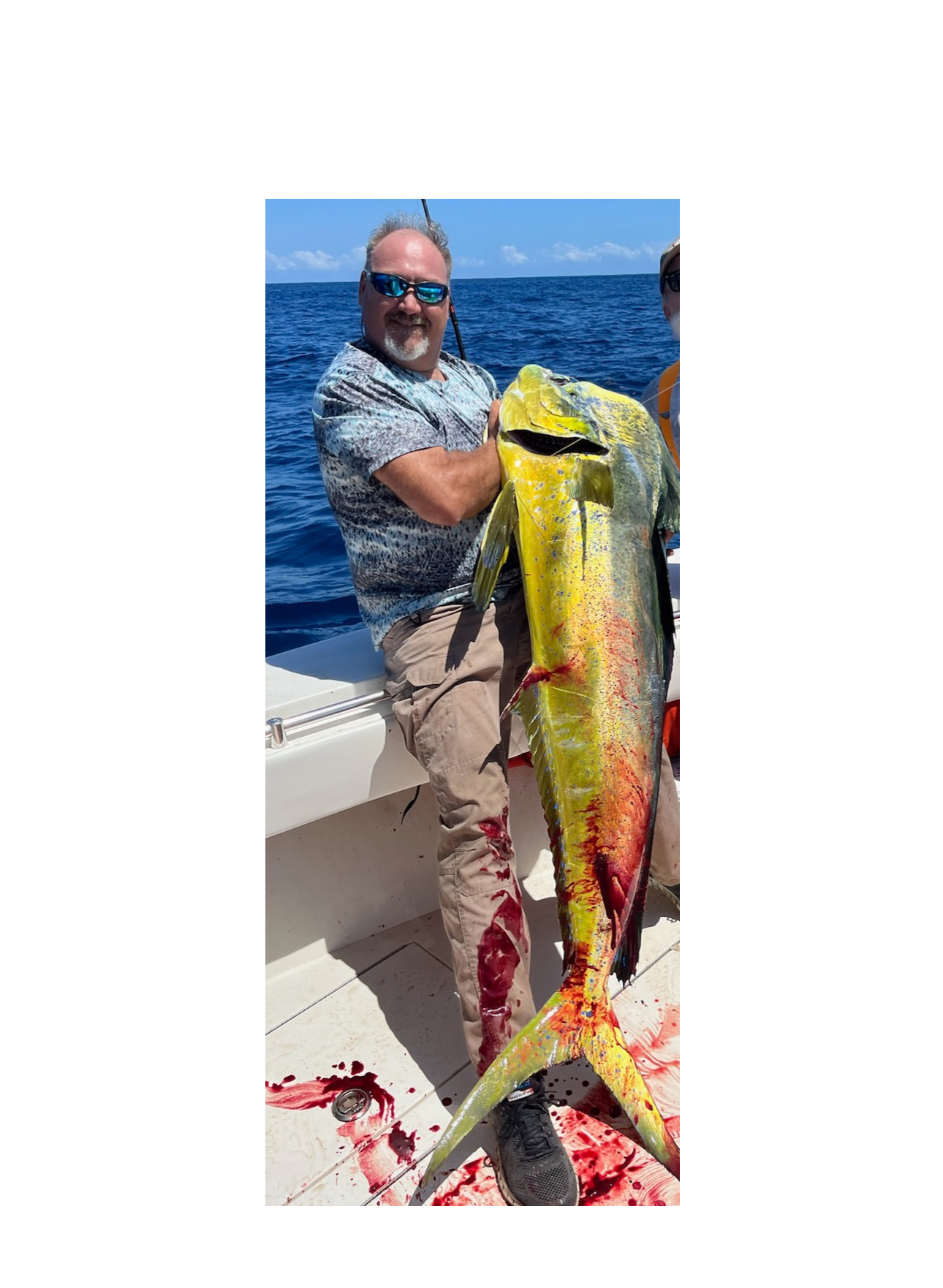 Roberts’ catch replaces a tie record between anglers Will Owens of St. Simons Island and Michael Sheppard Jr. of Savannah. Owens landed a 67-pound, 9.6-ounce dolphin in 2019, and Sheppard landed his 67-pound, 6-ounce fish in 1997. The rules of the Georgia Saltwater Game Fish Records Program require fish over 20 pounds to weigh 8 ounces more than the current record to break it—a feat satisfied by Roberts’ landing.

“The last fish we caught that day was that mahi mahi,” Roberts told DNR by phone. “It wore me out. I couldn’t hardly breathe. … It was a blast, the best time of my life. I haven’t hardly been able to sleep since.”

Roberts, who has been fishing offshore for about 20 years, caught his mahi mahi aboard Capt. Michael Bell’s boat Salty Intentions. He used a 6-foot Star stand-up rod with a Penn Squall 16VS reel spooled with 60-pound line rigged with ballyhoo. It took Roberts about 30 minutes to land the record-setting fish.

“This achievement recognizes not only the size of the catch, but Mr. Roberts’ skill as an angler and the sportsmanship he displayed in landing a record-setting game fish,” said Doug Haymans, director of DNR’s Coastal Resources Division.

DNR staff weighed Roberts’ fish on a state-certified scale at the Georgia DNR Richmond Hill Fish Hatchery the same day it was caught.

Roberts will receive a certificate signed by Gov. Brian Kemp acknowledging his accomplishment, and his record will be added to the list published annually in the Georgia Saltwater Regulations Guide and at CoastalGaDNR.org/SaltwaterRecords.

Dolphin are prized for their food value and colorful markings. They are common up to 30 pounds, but can grow as large at 80 pounds, according to the National Oceanic and Atmospheric Administration. They live for about five years, are highly migratory and are found from Florida to Massachusetts.

For more information on the Georgia Saltwater Game Fish Records Program, or to view current records for other species, visit the website above.