May’s Column from The Art Barn 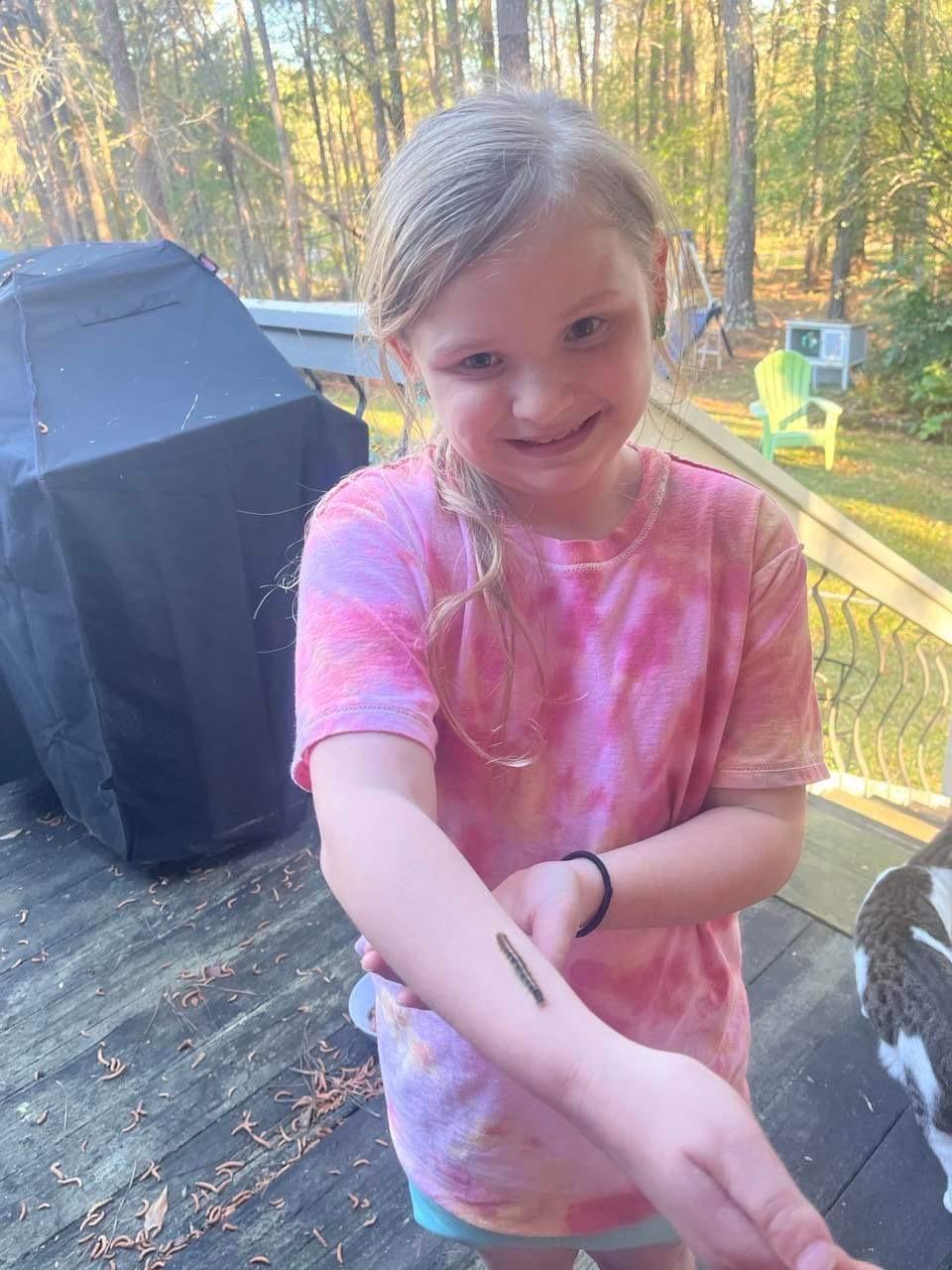 As I was preparing the paintings that I will be using for inspiration for our ‘butterfly on glass’ workshop this month, my mind drifted back to a conversation that I had with my granddaughter a few days earlier.  She checks in with me daily via facetime or text.  Sometimes those conversations are to debate who misses who more since she moved from my backyard to about three hours away.  Other times the conversations are to request pictures of a new calf or just to update each other on whatever exciting or boring things have taken place that day. On this day, I received a picture of her holding a caterpillar smiling excitedly.  Normally one would not think much of a picture of a beautiful young girl holding a caterpillar but this normally brave, tough, and rather toy boyish child had overcome a fear of insects, and she was very proud of herself.

Fear has a way of controlling us if left unchecked.  It holds us back and keeps us from trying new things. Fear of not being good enough, or even a fear of failing.  Trying something new can feel scary or risky even.  I know when I left a job I had held for twenty years to do what I do now, it was terrifying.  Being in the academic and business world was very different than creating art and looking after farm animals. Whether the fear is worrying about what others may think of us, or if that fear is something we can touch, such as caterpillars, it can be very real when we let it have power over us.  I’m not sure why we let our minds have so much control over us, but I suppose it dates back to the beginning of time.  Adam and Eve in the garden serves as the earliest example for us.  They pretty much had it all, until they let themselves become influenced by someone else’s opinion instead of God’s opinion. Fear and thoughts, whether true or false, go hand in hand.  I reminded my daughter of the homeschool lesson that I had done with her brother when he was much younger and suggested that it might be a fun learning activity for her and her daughter as well.  I had ordered a butterfly growing kit so we could study the wonder of metamorphosis.  Even though that was many years ago, he still remembers it as one of his favorite lessons that we did.  I hoped by watching a caterpillar eventually turn into a beautiful butterfly, it would ease her fear of insects at least to a degree perhaps.

I know this year, probably the last couple of years, I have experienced more than my fair share of changes and stages I had to grow through.  Perhaps, you did too?  As a person who doesn’t like change – fears it even, it’s been tough. I read a meme not long ago that said “there is no one I have less in common with than the me that wrote my Facebook statuses in 2008”.  A lot of truth can be found in that statement.  I wonder how many of us keep people locked into the person we think we know.  The person that behaved in a certain manner a few years ago is not necessarily the same person they are today.  The person that said a certain thing or felt a certain way may not feel that way at all now.  It is easy to judge or keep a person in a box only remembering certain behaviors or actions from the past.  But when we do that, we are refusing to see their growth and in turn, refusing to grow ourselves.  I am thankful that God doesn’t see the me I was five years ago, last year, or even last week.  God sees my heart anew every day, giving me the grace that I need to grow and become a better version of me.  He doesn’t try to make me be anyone else.  He sees me as the one he created me to be.  Often when my children were growing up and would get hurt by someone else or even their own expectations, I would say, “I wish you could see yourself the way me and God see you”.  If we look at life and people with God’s eyes, everything changes.  God sees us as precious, and unique, and of great value.  What if we saw ourselves and others that way?  Would our actions be different?  Would we live our lives differently?  “For we are His workmanship, created in Christ Jesus for good works, which God prepared beforehand that we should walk in them.”  Ephesians 2:10

Donna Worsham resides at WC Farm in Lyerly, GA.  Her family began the farm to raise healthy food for her family.  She teaches individual watercolor and acrylic lessons as well as offers paint parties at the Art Barn at WC Farm since retiring early from Berry College after twenty years.  Her art and gift items can be purchased direct or from Three Penny Treasures in downtown Summerville.