Several Georgia State Park and Historic Site employees were honored recently during a conference at Unicoi State Park. Managers attended an awards ceremony celebrating those who make more than 60 State Parks and Historic Sites outstanding destinations across Georgia. They also attended training sessions and shared ideas on park operations. Below are this year’s award winners.

Henry Struble Manager-of-the-Year Award
Jessica James-Weems, Black Rock Mountain State Park, Mountain City
Manager Jessica James-Weems is a wonderful example of a servant leader with an infectious “can-do” spirit. She fully supports her staff while ensuring that park and guest needs are met. Her accomplishments with Department of Natural Resources’ Search & Rescue Team make her an invaluable asset, she has served as a certified playground safety inspector for the division, and she mentors future rangers. Challenges at this higher elevation park, such as bear activity, snow and ice, and frequent maintenance, are always addressed quickly. James-Weems is among the park system’s strongest leaders. 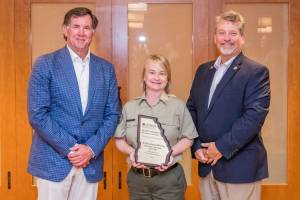 Park Ranger Bravery Award
Mikayla Murphy — Providence Canyon State Park, Lumpkin and Florence Marina State Park, Omaha
Manager Mikayla Murphy received a call that a visitor was stung by bees at Providence Canyon, did not have his EpiPen and was going into anaphylactic shock. Murphy was at Florence Marina but immediately rushed to the canyon floor.  Although bystanders had given the hiker an EpiPen, he had seizures, swelling and had become unresponsive.  Murphy quickly transported him out by UTV while staff member Rhonda Hudson stabilized his head. The hiker was life flighted to the hospital and released the next day due to this immediate response. 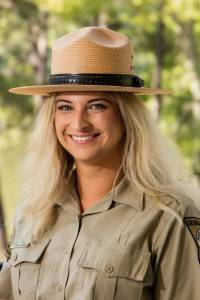 Most Outstanding Site Operation
Cloudland Canyon State Park, Rising Fawn
Manager Brad Gibson and his team operate one of the most popular Georgia State Parks while also exceling in personnel, budgeting, resource management, programming, customer service, housekeeping, maintenance and community involvement. While most parks have been busier during the pandemic, Cloudland had one of the highest cottage occupancy rates in the state, increased visitation by more than 100,000 each of the last three years, had record-breaking revenue, and handled numerous emergency situations. Gibson is an outstanding park leader. 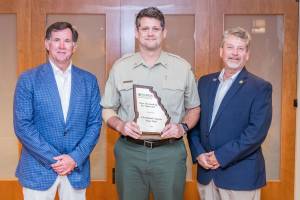 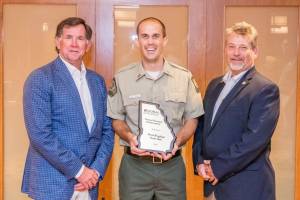 Best Year-Round Programming Award
General Coffee State Park, Nichols
Ranger Heather Price, Manager Luke Daniels and others at this southern Georgia park have worked diligently during the pandemic to safely offer programs to visitors. Last year they hosted nearly 500 programs for more than 10,000 guests, including Christmas on the Pond, Pioneer Days and Spring Fling.  Social media posts of farm animals drew visitors for a “Trip Through Time” which included making corn husk dolls and candles, as well as exploring what life was like on a 19th-century farm. 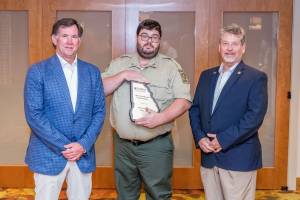 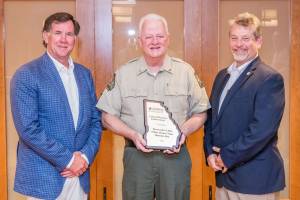 Customer Service Award
Michael Collier, Elijah Clark State Park, Lincolnton
Manager Michael Collier strives for excellent customer service and is often complimented on how much he cares about the park. Whether putting in a new cable system, working on a water leak or helping nearby parks, he is always up to the challenge. This “can-do attitude” has earned accolades on Trip Advisor. Collier recently assisted a distressed boater who had jumped into the water from his boat, saving him from potentially dangerous injury. 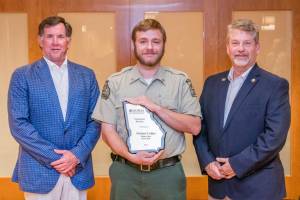 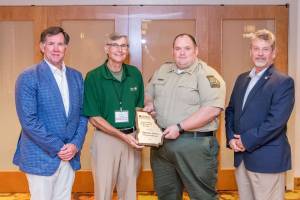 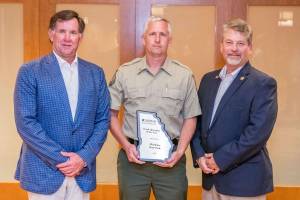