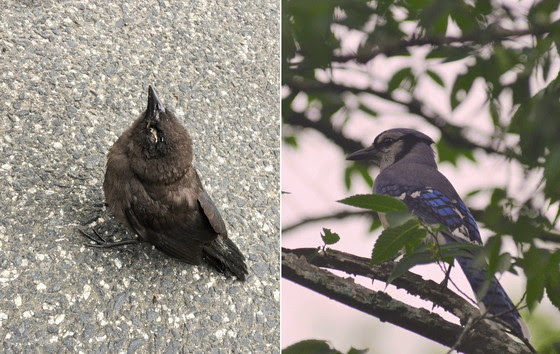 The Georgia Department of Natural Resources is asking people to keep an eye out for sick birds and giving information on what you can do to help if you see any:

A mysterious illness that is killing backyard birds across the Mid-Atlantic and in parts of the Southeast has not been documented in Georgia yet. But DNR is on the lookout. And you can help.

First, some background. Since late May, sick and dying birds with symptoms including swelling and crusty discharge around the eyes and neurological issues such as tremors and lack of balance have been found from New Jersey and Pennsylvania to Kentucky and Virginia.

Most of the affected birds documented have been fledgling blue jays, American robins, common grackles and European starlings. However, other species of songbirds have been reported.

Wildlife disease labs testing the birds have ruled out salmonella bacteria, several families of viruses and Trichomonas parasites. But the disease and its cause are still unknown.

No issues have been reported with human health or pets, livestock or poultry. This issue is not connected to the salmonella outbreaks and other disease flare-ups associated with the winter finch irruption that swarmed Georgia feeders with purple finches and pine siskins this spring.

Ailing backyard birds reported to DNR usually either involve salmonella (bacterial), aspergillosis (fungal), avian pox (viral) or mycoplasmal conjunctivitis (bacterial). Trichomoniasis, a protozoan parasite, is also a potential problem. These diseases and their spread have been associated with birds at feeders.

Characteristic symptoms of the latest outbreak can include swollen/crusty patches over eyes (sometimes with oozing discharge), tremors or seizures and a lack of balance, partial paralysis or similar neurological conditions. Affected birds also are often lethargic. 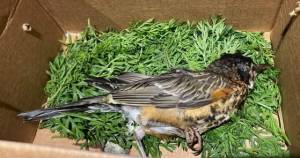 At this point DNR is not recommending taking bird feeders down. If the disease is confirmed in Georgia, DNR will provide further guidance as needed.

If you find sick or dead wild birds at feeders or in your yard: