Now is the time to become BearWise, according to the Georgia Department of Natural Resources’ Wildlife Resources Division. 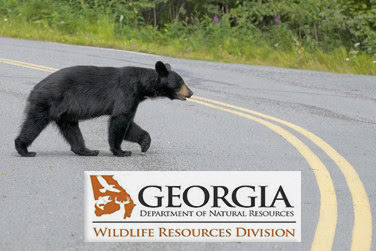 Spring is here and this means people may begin seeing all types of wildlife that have not been as visible throughout the winter months, and that includes possible sightings of black bears. Now is the time to become BearWise, according to the Georgia Department of Natural Resources’ Wildlife Resources Division.

“Bears are hungry and ready to find food upon leaving their dens after a winter-time hibernation period.  This search for food can sometimes put them a little too close to people,” says Adam Hammond, state bear biologist with the Wildlife Resources Division. “We can help keep bears from getting too close to our homes and our businesses when we become ‘BearWise’ and learn to live responsibly with bears.”

“Let’s be proactive and ensure there is nothing around our home or business that will attract bears and serve as a ‘free lunch,’” says Hammond. “Providing bears a meal might seem harmless, but bears that have access to human-provided foods often become dependent upon people for food, leading to destructive behavior and eventually to the bear’s demise. We want to avoid this cycle.”