The novel synthetic opioid, with effects similar to fentanyl, is the latest opioid drug to emerge on the illicit market. 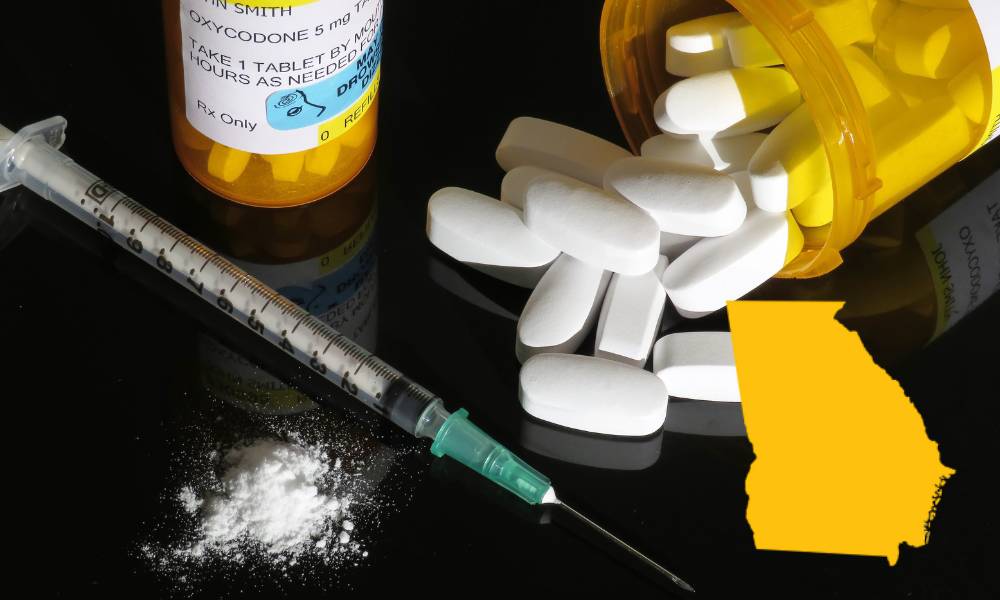 There’s another deadly opioid on the streets and its made its way to the Peach State.

A novel synthetic opioid named brorphine, with effects similar to fentanyl, is the latest  opioid drug to emerge on the illicit market.

In a new publication released last week, the Center for Forensic Science Research and Education (CFSRE), in partnership with NMS Labs (Horsham PA), highlighted a series of deaths associated with the use of brorphine, which began to appear in the United States in June of 2020. First identifications were centralized in Midwestern states, including Minnesota and Illinois, and by October the spread had reached states as far east as Pennsylvania and New York and as far south as Georgia and Louisiana. To date, brorphine has been involved in at least 120 deaths.

Dr. Barry Logan, Chief Scientist at NMS Labs – a laboratory performing testing for many coroners and medical examiners offices across the United States – noted that brorphine is the latest opioid in a series of novel drugs creating challenges for emergency rooms, first responders, and labs assisting with death investigations.  “Brorphine appeared unexpectedly in June 2020, taking over the market from a previously prevalent novel opioid called isotonitazene.  In its wake, we are already seeing additional new opioids entering recreational markets,” said Logan.

The CFSRE laboratory, located in Pennsylvania, monitors for the appearance of new drugs in the United States and warns public health and public safety agencies about their findings.  According to a press release, CFSRE has identified 17 new drugs for the the first time in the U.S. drug supply to date in 2020. Among them are six new opioids – including brorphine.  Dr. Alex Krotulski, who manages the CFSRE’s NPS Discovery program, explained that while these new opioids are not chemically related to deadly fentanyl, they have similar lethal effects.  “Brorphine and isotonitazene have been identified in at least 350 deaths in the last 14 months at our laboratories alone.  And nationally their statistics are likely undercounted due to labs not testing for these substances yet or not having the ability to test for them”.

The CFSRE works in collaboration with NMS Labs, coroners, medical examiners, and law enforcement agencies using emerging technologies to make more timely identifications of new drugs as they enter U.S. markets. This timely data allows for more rapid legal regulations or bans and overall better drug user education.  Krotulski hopes that the new brorphine publication will raise awareness of this dangerous new opioid in the illicit drug supply, ultimately leading to the potential for scheduling action and the reduction of fatal outcomes.