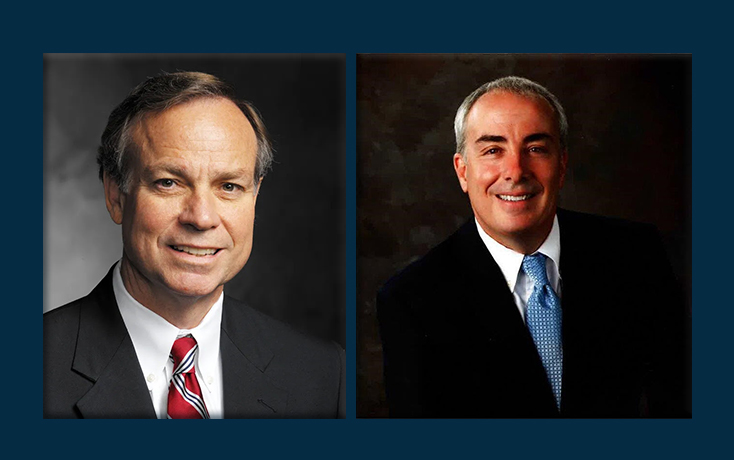 University System of Georgia Regent Don Waters has resigned and a new board member has been appointed.

Governor Kemp appointed Patrick Jones to the Board of Regents of the University System of Georgia to fill the vacated seat representing the 1st Congressional District. Regent Waters was first appointed to the Board on March 1, 2013.

“I am very grateful for Don Water’s contributions to the Board and our state during his time as a Regent,” said Governor Kemp. “As a past chairman of the Board and a proud alumnus of two USG institutions, his impact on the system and generations of its students will continue to be felt for years to come. Marty and I wish him and Cindy well-earned time enjoyed together. I also look forward to the impact Patrick Jones will have on the Board, as it furthers the university system’s reputation as a world-class education provider. With a wealth of experience as a leader in the private sector, he will help ensure our postsecondary education campuses continue to produce top talent for this state of opportunity.”

Chairman of the Board of Regents Harold Reynolds and University System Chancellor Sonny Perdue also shared the following regarding their friend and colleague, Regent Don Waters:

“Having known Don for the last 20 years, I’ve seen how strongly he believes in local communities, this state, and in investing in education,” said Chairman Harold Reynolds. “Don is a staunch advocate for doing everything we can to work together and create educational opportunities that empower ourselves and our neighbors. I’ve learned a lot from him as both a leader and as a Georgian, and I know many others have, too. He’s served the university system and his beloved hometown of Savannah well, and the Board and I are grateful for all he’s done on behalf of faculty, staff, and especially students. We also look forward to working with Patrick Jones as he joins us in continuing to move the University System of Georgia forward.”

“Regent Don Waters throughout his life has championed the idea that knowledge and education allow students, no matter where they live in Georgia, to pursue their dreams and build a better life for themselves, their families, their community, and their state,” said Chancellor Sonny Perdue. “He learned this early on from his mother, Bernice, who as a librarian brought home books for him and his brother to read and learn from. And he took it to heart as a student and graduate of the former Armstrong State College and the University of Georgia School of Law. The University System of Georgia is going to miss Don’s counsel as a member of the Board of Regents, but I take heart that his impact on students and our mission lives on with the Waters College of Health Professions on what is now the Armstrong Campus of Georgia Southern University. It has been an honor to have Don and Cindy as members of the USG family, and we wish them our very best. We are also happy to welcome Patrick Jones to the Board and know he will be a great addition.”

Don Waters is the CEO of Waters Capital Partners, LLC, an investment company and family office. From 1993 through 2016, he was the Chairman, President, and Chief Executive Officer of Brasseler USA, Inc., an international manufacturer of dental and medical surgical instrumentation.

Prior to that he practiced as a Certified Public Accountant, as a Partner with Price Waterhouse & Co., and as an attorney with Hunter Maclean. A native of Savannah, Waters currently serves on the Board of Trustees of the Chatham County Hospital Authority and the Board of Trustees of the Augusta University Health System. In 2013, Waters was inducted into the Savannah Business Hall of Fame, and in 2017 he was the recipient of the Lifetime Achievement Award given by the Savannah Branch of the NAACP. In 2018, he was the recipient of the Distinguished Service Scroll from the University of Georgia School of Law, his alma mater.

Waters graduated from Armstrong State College with a BBA in Accounting and the University of Georgia School of Law with a JD.

His family endowed the Waters College of Health Professions at Armstrong State University, now part of Georgia Southern University. He and his wife Cindy have two daughters, five grandsons, and are members of the Isle of Hope United Methodist Church.

Patrick Jones is Chairman of the Board of PrimeSouth Bank, President of The Jones Company, and President of Walker Jones Automotive Group.

Jones spent over three decades of his career with Flash Foods. Under the leadership of Jones and his brother, Jimmy, Flash Foods became one of the largest convenience chains in the Southeast, on the cutting edge of technology as one of the first convenience chains to establish a loyalty program, a proprietary retail pricing platform, and a robust item-level inventory management system. In 2016, Flash Foods was acquired by CST Brands and subsequently Circle K.

Jones currently serves on the Georgia Department of Transportation’s Southern Georgia Citizen’s Review Panel, which was created through the Transportation Investment Act. He has previously served on the Bona Fide Coin Operated Amusement Machine Operator Advisory Board.

Jones graduated from the University of Georgia in 1987 with a bachelor’s degree in Risk Management. He and his wife, Kara, have two children and reside in Blackshear, Georgia.